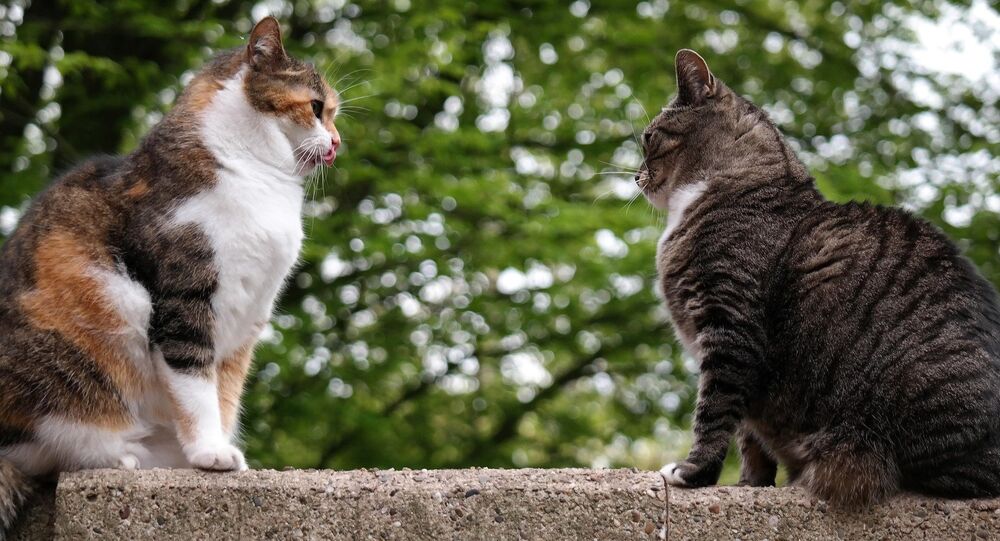 Cats living in Moscow’s Apothecary Garden gobbled up the first crop of bananas which was meant for the park visitors, the press service of the botanical garden reported.

© Flickr / Aftab Uzzaman
Do You Meow Me? Scientists Close to Understanding Cats' 'Language'
“Recently, we gathered a harvest of velvet bananas and laid the flesh with seeds to dry on a saucer. When I walked into the greenhouse, a large portion had been eaten and near the crime scene a tortoiseshell cat sat licking herself. In the same spot a black cat was chewing on a piece of banana,” the curator of tropical plants Vitaly Alenkin said.

According to him, because of the naughty felines the autumn distribution of bananas for the garden visitors has come under a threat.

It is noted that the cats living in the Apothecary Garden are descendants of the royal cat of Peter I, who founded the garden back in 1706.

In December 2015, it was reported that the abnormally warm weather increased the smell coming from the valerian root.

“The cats stretched out on a bed of fragrant valerian in the garden of medicinal herbs for stormy meditation,” the garden staff noted.

Resistance is Futile: Cats Always Get What They Want