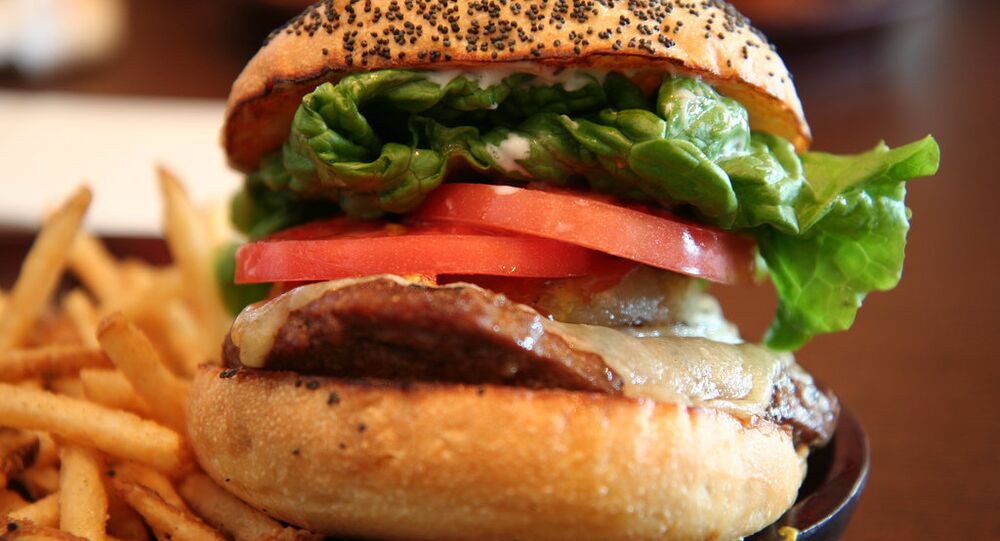 The number of people suffering from obesity throughout the world has blimped to approximately one in ten, meaning that excessively fat people now outnumber those who are underweight.

© Flickr / Rob
What Next? German Cafes Stop Selling Pork Sausages to Spare Muslim Refugees' Feelings
MOSCOW (Sputnik) – The number of obese people has grown from 105 million in 1975 to 641 million in 2014, the study, published in The Lancet medical journal on Friday, showed.

According to the research, between 1975 and 2014, the global prevalence of obesity increased from 3.2 percent to 10.8 percent in men, and from 6.4 percent to 14.9 percent in women. Meanwhile, the prevalence of underweight individuals across the world was 8.8 percent for men in 2014 and 9.7 percent among women that same year.

While obesity is spreading, most of those who could be classified as underweight live in the world’s poorest regions, such as South Asia and Africa, according to the research.

The new study was conducted using the mean body-mass index (BMI) estimates for countries throughout the world.

Not So Fat! Boeing Jets to Fly Shorter Distances Due to Passengers' Obesity

The FBI’s Newest Battle: Obesity in the Ranks

Qatar Gets Day Off to Fight Uphill Battle With Obesity