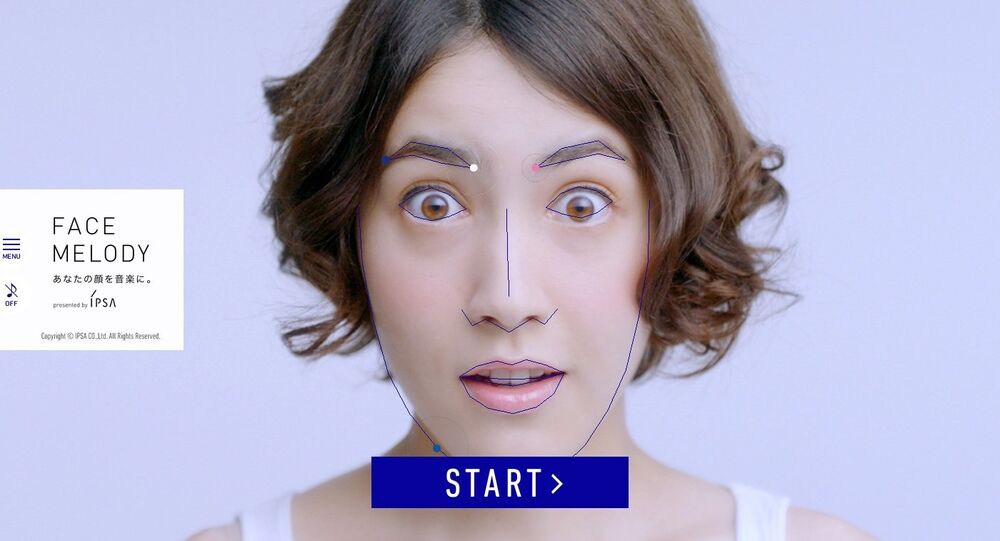 An idea by a Japanese cosmetics company, that every face has a name, story and its own song, has gone viral across the internet. Initially the public began posting their own photos on the site, but things soon got out of hand when some more 'unexpected' images started to get uploaded.

Users can go to Ipsa’s website, upload a picture of their face and watch as the program measures their smile level, face balance, color and lightness.

Once the analysis is complete, the Face Melody program generates a song based on a special algorithm and produces a trippy music video complete with 3-D effects and psychedelic visuals.

Internet users quickly took to the idea, however some of the comments revealed that not everyone was happy with the results.

“Mine was just a really long scream. Is this some prank site?” a seemingly shocked Reddit user posted.

“Maybe it just didn't like your face,” was one of the replies.

The funniest thing about the idea is that the title of the melody is written in Japanese and with the Google translate service the users get very unusual suggestions.

“LOL! I got "nobody knows human error" for one of mine. I much preferred "After a hundred years of fanfare" for another,” reads one comment.

Among other suggestions were: "The end of the pineapple in the world",  "I can not stand looking at myself", "The Last Dalmatian in the World" and "Undelivered Cucumber".

“Haha even a computer knows how overworked I am,” commented another user.

Some of the users went further and uploaded pictures of some celebrities, such as Leonardo DiCaprio.

Or of some well-known politicians, such as Donald Trump, Vladimir Lenin or Joseph Stalin.

Those who uploaded the photo of Hitler found out that he looked "surprisingly pleasant",  his smile level was “lively” and some complained that he looked much better than many of them.