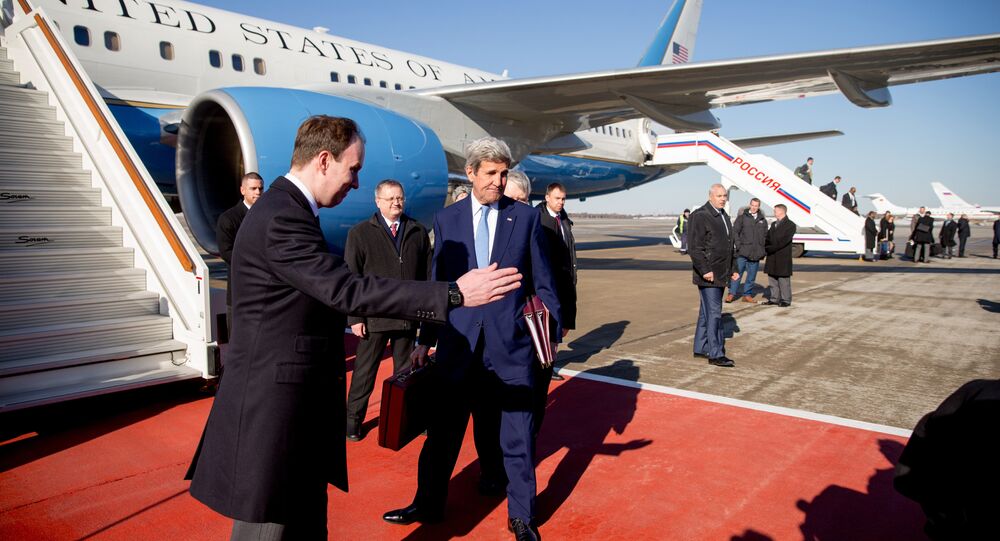 The Truth is Out: Contents of Kerry’s Mysterious Briefcase Finally Unveiled

© Sputnik / Iliya Pitalev
What’s in the Box? Putin, Kerry Trade Jokes About Mysterious Briefcase
When John Kerry arrived at Moscow during his official visit on March 23, many onlookers noticed that the Secretary of State was carrying his briefcase personally as he emerged from the aircraft, as if unwilling to entrust his belongings to anyone.

During a meeting the following day, Russia’s President Vladimir Putin jokingly remarked that the briefcase must've contained some sort of a monetary incentive for the upcoming talks. In response, the Secretary of State promised to present the contents of the briefcase during a private meeting, claiming that the Russian President will be 'pleasantly surprised.'

And now, Russian Deputy Foreign Minister Sergei Ryabkov has the answer to this mystery – and it is simple and matter-of-fact.

"There were documents inside," Ryabkov said, according to RIA Novosti.

He didn’t specify, however, if President Putin was in fact pleasantly surprised by these documents like Kerry promised.