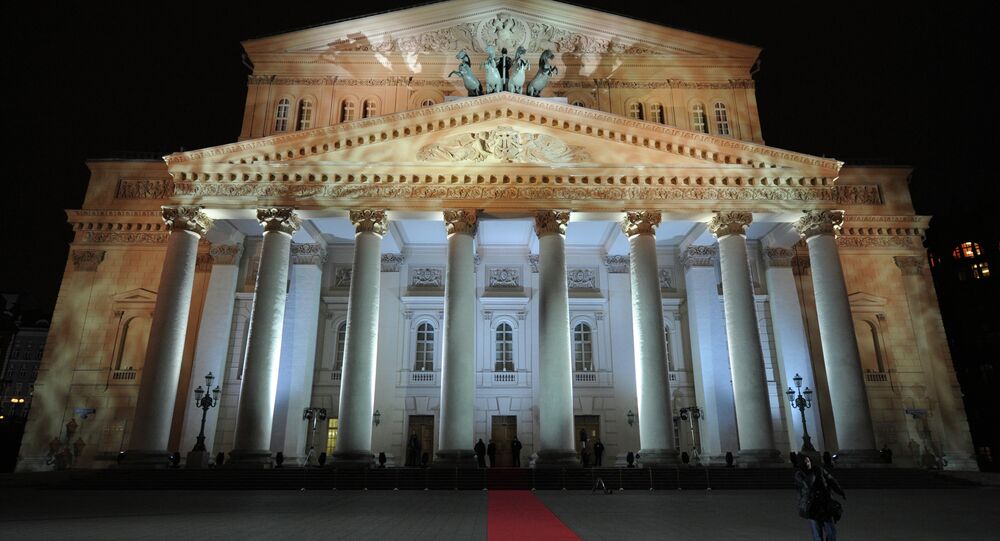 Russian Legend: Top 7 Things You May Not Know About the Bolshoi Theater

On March 28, the Moscow Bolshoi Theater is celebrating its 240th anniversary. On this day, Sputnik has decided to publish interesting facts that you might not have known about Russia's most famous theater.

The Bolshoi Theater, which opened in Moscow on January 18, 1825, is one of the world's most famous opera and ballet theaters. Despite the fact that it was ruined by fire several times and underwent numerous reconstructions, it has remained the center of Russian cultural life and one of the most famous monuments in the Russian capital.

The first Bolshoi Theatre troupe consisted of only 42 people. Among them were 8 actresses, 13 actors, 13 musicians, three male dancers and four female dancers.

Emperor Alexander III and his family considered the theater among their favorite places to spend their time. They regularly visited to watch new ballet and opera performances despite the fact that the Russian capital and the residence of the Emperor were located in St. Petersburg at the time.

During World War II, the theater building, like many of Moscow's other iconic buildings, was disguised as an ordinary house. In this way, the authorities tried to protect the monument against the bombings.

Before the restoration of the Bolshoi Theatre in the 2000s, Apollo's sculpture was depicted with overt male sex organs (in this way he was also pictured on the banknote). In 2014, a number of State Duma deputies decided that the picture contradicted a law Protecting Children from Harmful Information and proposed to remove the naked Apollo from the banknote.

The proposal has not yet been implemented as many experts view a full replacement of the banknote as a groundless measure.

Each year, the Moscow authorities plant two varieties of tulips in front of the Bolshoi Theater. This is a kind of tradition that was first introduced by a Dutchman named Lefeber. After he first visited the theater in the 1950s, he was so amazed at the performance of the Russian ballet dancers that he delivered the institution two new varieties of tulips, called "Bolshoi Theatre" and "Galina Ulanova" [the name of a famous Russian female ballet dancer].

Throughout the long history of the theater, more than seven hundred ballet and opera performances have been produced on its stage.

It might sometimes be difficult to buy a ticket to the Bolshoi Theatre, but modern technology makes it simpler for everyone. The website of the Bolshoi Theatre offers a virtual tour for anyone interested. There, Internet users can take a look at the interior décor of the theater and "visit" it any time.