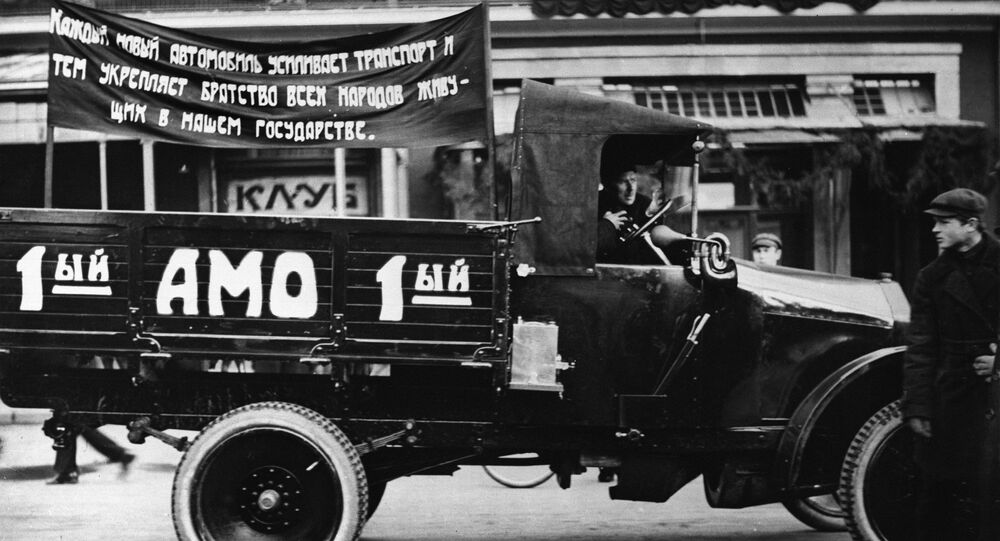 Sure, Russian cars might not be the best in the world; nonetheless, our country has a long history of building automobiles. Sputnik remembers the most iconic cars that existed in the Soviet Union, which built its very first car in 1924.

The four-wheel drive light truck Gaz-69 was one of the most popular off-road vehicles in the Soviet Union. The vehicle was initially produced by Gorkovsky Avtomobilnyi Zavod (GAZ) ["Gorky Automobile Factory"] between 1953 and 1956, and then by Ulyanovsky Avtomobilny Zavod (UAZ) ["Ulyanovsk Automobile Plant"] from 1956 to 1972.

Given that the quality of roads has always been an issue in the country, the Gaz-69 was in common use.

Due to its durability and excellent off-road qualities, the truck was also used as a standard military jeep by the entire Eastern Bloc, along with several of its allies.

The Chaika ["seagull"] was arguably the most beautiful car that was ever made in the Soviet Union. The Gaz-13 was a big, luxury-class car, albeit a step down from a limousine.

Chaikas were available only to top Soviet government officials and couldn't be purchased by mere citizens. The only exception for common people was that they had the chance to ride in a Chaika during weddings, as the government allowed citizens to rent Chaikas for their marriage ceremonies.

Not everything in the Soviet Union was big, fearsome and sturdy. The supermini car ZAZ Zaporozhets, manufactured in Ukraine's Zaporizkyi Avtomobilnyi Zavod ["Zaporozhian Automobile Factory"] between 1958 and 1994, was designed as a small city car with an air-cooled engine in the rear.

Every Soviet man, woman and child wanted to ride in a Volga, as the car was the dream of every Soviet citizen and considered a symbol of wealth, prosperity and high status.

Despite having the money to buy a Volga, many average Soviet citizens couldn't drive their dream, because following their manufacture, many Volga cars were sent straight to government bodies, taxi companies and exported overseas.

The Volga was produced in several models, the most popular were sedans and wagons.

Interestingly, Soviet carmakers couldn't build a better car in the same class than the Moskvitch-412 until the 1980s. When the new Moskvitch-2141 was finally developed later on, it was essentially a different car and the two models were then produced and sold side-by-side.

The Moskvitch-412 was a popular export car. Some cars of this model were produced in Bulgaria and even in Belgium under the Scaldia brand. The popularity of the Moskvitch-412 overseas was also due to its successful performance in international car racing championships, during which the Soviet car was even able to beat several Austin Martin-made vehicles.

In 1970, a top Soviet minister gave the country's car manufacturers a rather hard task to accomplish — to design a four-wheel drive off-road vehicle which had to be comfortable, unlike its hard, durable and uncomfortable predecessors. Four years laater, engineers from Volzhsky Avtomobilny Zavod (VAZ) ["Volga Automobile Plant"] came up with the Vaz-2121 Lada Niva.

The off-road Soviet car became popular overseas and was sold all over the world. The Lada Niva became the first Soviet vehicle to enter the Japanese car market.

The Lada Niva is produced to this day by the same manufacturer, albeit under a new name — Lada 4 x 4.

The Vaz-2101, a small sedan, was introduced in 1970 and was Volzhsky Avtomobilny Zavod's (VAZ) very first product.

Along with the Moskvitch-412, the Vaz-2101, nicknamed Kopeyka ["kopeck"], was probably the most common passenger car used in the Soviet Union. Using the original Kopeyka, VAZ later developed an entire series of classic sedan-class passenger vehicles.

The Kopeyka was exported overseas, primarily to Soviet ally countries. To this day, many Vaz-2101 cars can be seen driving around the streets of Cuba.

In 2000, the respected Russian automobile magazine Za Rulem carried out a survey among more than 80,000 drivers across Russia, seeking to find out "the best Russian car of the 20th Century." Needless to say, the Kopeyka easily won the contest.