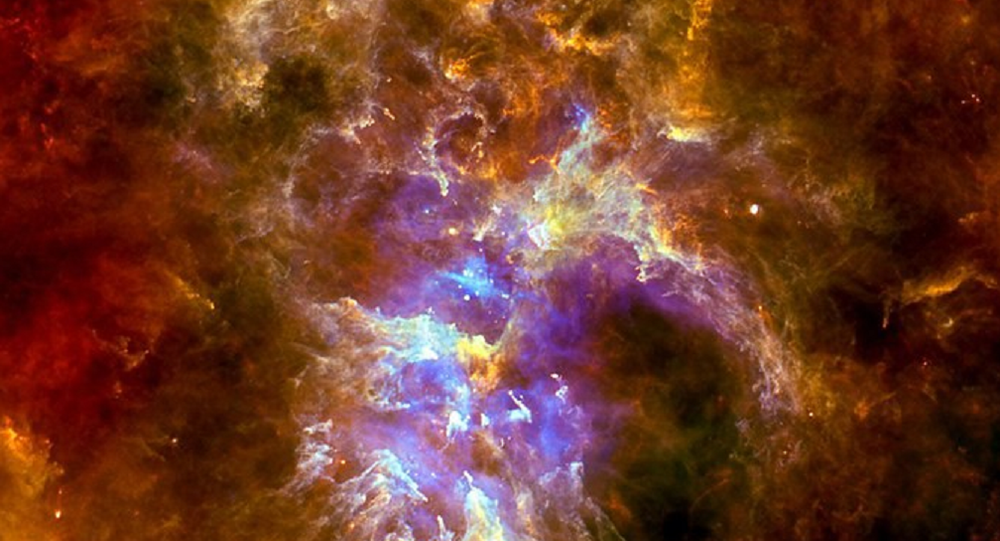 Scientists have received new pictures of a nebula which took a mysterious and terrifying shape, similar to a person's face.

Astronomers gave the nebula also known as NGC 3324 or the Gabriela Mistral Nebula the nickname "God's face" due to its form resembling a face of a man.

One of the nebula photos taken by La Silla Observatory in Chile reveals edges of the dust and gas that form the profile of a human face, with a ‘bump in the center corresponding to a nose'.

The mysterious gas clouds was viewed by some as "the face of an alien high being or God" and has added another vivid subject to the debate about UFOs and life on other planets. Some ufologists suggested that the detected "space object" may be a kind of a "Galactic Guardian."

ESO/Digitized Sky Survey 2
Rare Images: Dying Star Forms 'Butterfly' Nebula (PHOTOS, VIDEO)
However, because of the sheer vastness of space, if you look long enough, finding any shape in a cloud of dust is possible. Additionally, the picture taken by the astronomers is comprised of only a small sample wavelength size, which if expanded, would not have produced the same stunning results.

The NGC 3324 is an emission nebula with an open star cluster and is located at a distance of about 7,500 light years from Earth.

Scientists took the picture using the Wide Field Imager on ESO's 2.2-meter telescope and explained that millions of years ago a rich deposit of gas and dust led to a massive star birth. The bright glowing around the gas comes as result of the ultraviolet radiation emitted by newborn blue stars.

Amazing 3D Glimpse of the Veil Nebula With Hubble Telescope