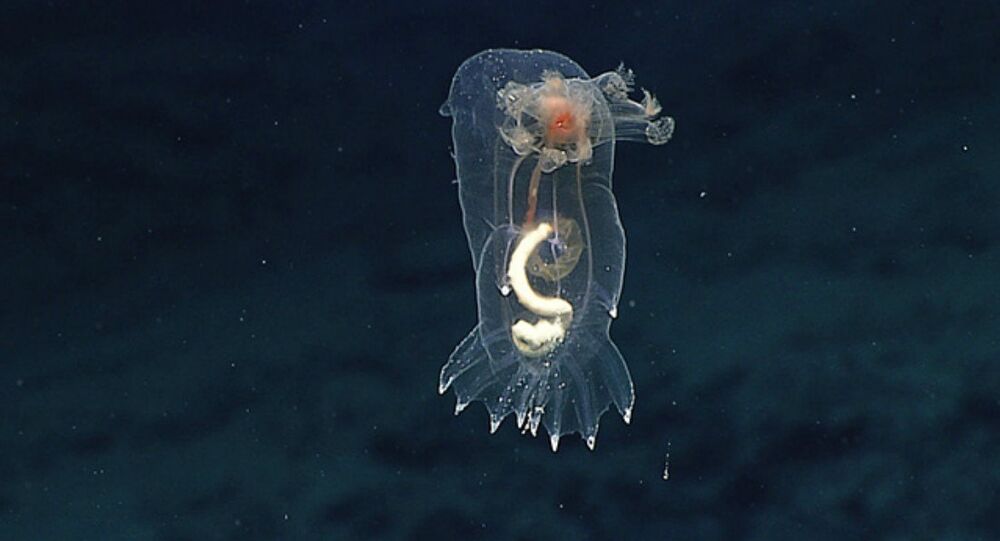 Scientists exploring the deep waters off Hawaii have taken photographs and samples of wildlife that have never been seen before.

© Photo : noaa.gov
Not So Pacific After All: Scientists Record Uproar in the Ocean's Depths
Scientists exploring 4,000 meters below the surface of the Papahanaumokuakea Marine National Monument in the Pacific Ocean have taken thousands of samples and photographs of life and landforms that have never been seen before.

"Because this is the last unexplored place in the world in a way, it’s so common that the creatures we see are new to science," NOAA expedition coordinator Brian Kennedy told the New Scientist.

The scientists used two remotely operated vehicles tethered together to explore the Papahanaumokuakea Marine National Monument, a World Heritage conservation site in the northwestern region of the Hawaiian Archipelago.

© Photo : NOAA Office of Ocean Exploration and Research, 2016 Hohonu Moana
A dandelion siphonophore imaged in a submarine canyon north of French Frigate Shoals
The vehicles are equipped with high-definition cameras, with lenses ground to operate under water.

"If you try to look at them on deck, they’re a little off. They’re expecting the refraction of the water," Kennedy said.

© Photo : NOAA Office of Ocean Exploration and Research, 2016 Hohonu Moana
A purple crinoid hangs out on a dead coral stalk
"Even with the species that are already known to science, we’re seeing them alive in their habitat for the first time."

"For many deep-sea organisms, as soon as they get warm, they change color or degrade. These are really dramatic finds and scientists are excited to see them because they have only seen them dead or in distress."

Beast of a Fish Caught in Brazil