“The Great Tea Road” has been called the longest overland trade route in the world. Starting from the Great Wall of China, it once wove its way to Europe via Mongolia and Russia. 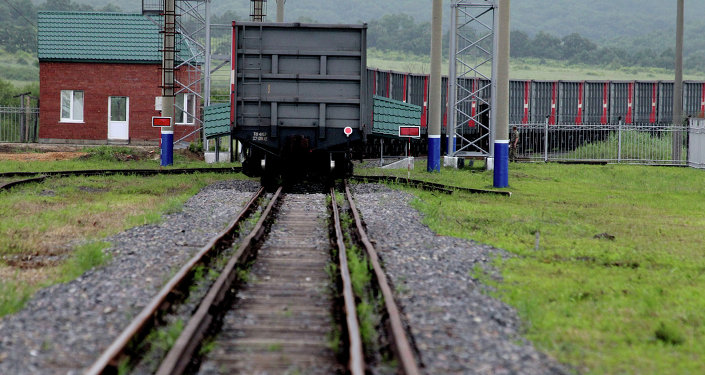 © Sputnik / Vitaly Ankov
Unprecedented Feat: Russia and China to Build Railway to Eastern Siberia
Now the three countries Russia, China and Mongolia have joined hands in a tourism union, aiming to revive the route to make it a great bucket list must-do for global travelers.

Speaking at the economic forum of tourism infrastructure, Deputy Head of the Federal Tourism Agency, Alexei Konyushkov called the project a positive example of cross-border and inter-regional tourism.

“This is a project of the widest geographical coverage, the longest of the existing land routes, allowing to cross Eurasia and visit countries such as Russia, China and Mongolia,” he said.

It was earlier reported that the key section of The Great Tea Road will be honored as a tourist route seeking to tap the world's two billion tea drinkers. The tea route in Russia received 'bricks' of compressed tea from camel caravans at Kyakhta — which came via Mongolia from the Great Wall of China gate at Kalgan and beyond.

The speaker said that the route started to be developed in 1992 with the support of more than 50 organizations of the three countries and it is set to cover 28 regions of Russia, although the number may vary.

“The growth of domestic tourism suggests that there is a huge potential for the development of tourism,” Konyushkov said.

Back on Track: Serbia Looks to Russia for Fresh Upgrade to Railway Network