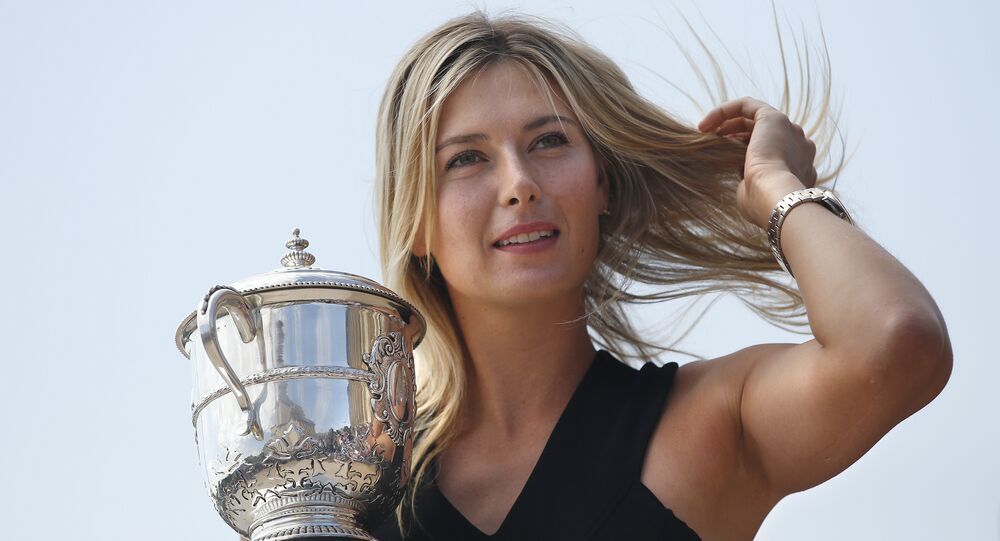 Seeking to cheer up the famous Russian tennis player, a confectionary company based in St. Petersburg has launched a new brand of ‘meldonium-free’ lollipops.

The lollipops’ wrappers feature a picture of Sharapova taken during the very press conference where she admitted to the use of a recently banned medication, and a caption saying '100 Percent Sharapova, No Meldonium.'

© Photo : Rubiscookies vkontakte
Sharapova candy
© Photo : Maria Sharapova/Facebook
Sweet Deal: Chocolatier Proud to Stand By Maria Sharapova
The confectioners said that they’ve always admired Sharapova’s talent and personality and therefore decided to create these sweets right after she made a public announcement regarding her meldonium use, according to the TV channel Zvezda. They also promised to donate half of the profits made from selling the new lollipops to charities supported by Sharapova.

Last week, Sharapova, who is a five-time Grand Slam tennis champion, announced that she had tested positive for meldonium, which was added to the list of banned substances on January 1, 2016, by the World Anti-Doping Agency’s (WADA). She said her family doctor began issuing the substance, also known as mildronate, in 2006 because of the health problems she had.