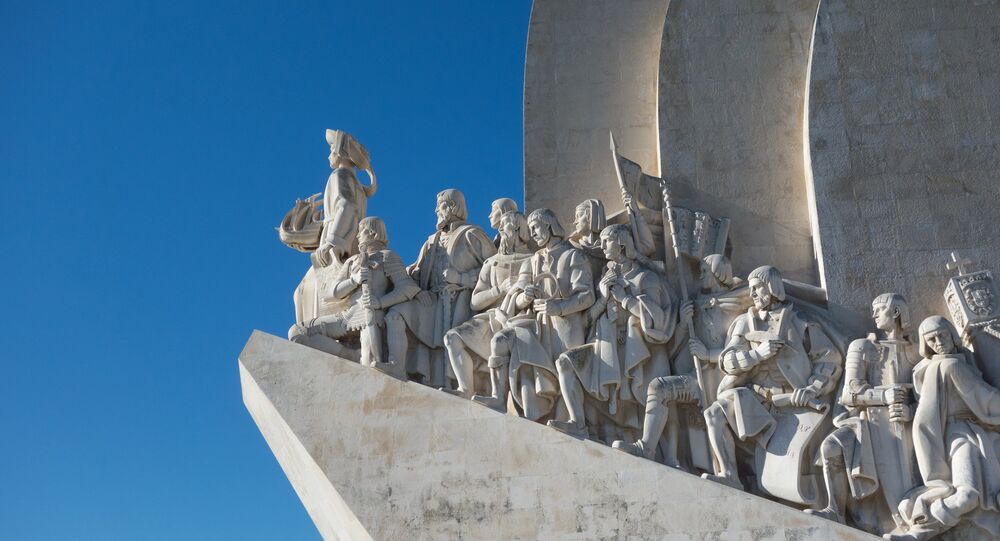 The shipwreck is believed to be the Esmeralda, part of a fleet led by legendary Portuguese explorer Vasco da Gama during his second voyage to India (1502-1503).

© Photo : Dave McMahan / Sitka Historical Society NSF
Neva Shipwreck Discovery Sheds Light on Sailors' Miraculous Survival
A shipwreck found off the coast of Oman is believed to be the legacy of a voyage led by legendary Portuguese explorer Vasco da Gama, making it the earliest ship from Europe's Age of Exploration ever to be found and excavated, archaeologists have announced.

The Portuguese explorer and his armada established the "Carreira da India" sea route to India on his first voyage to India in 1497-99, a feat which forged the first sea route between Europe and Asia.

On his second voyage to India in 1502-1503, the Esmeralda and the Sao Pedro were the leading vessels of a five-ship squadron, the fourth Portuguese fleet to explore the Indian Ocean.

​Commanded by da Gama's maternal uncles Vicente and Brás Sodré, it is believed they were left behind to disrupt maritime trade between India and the Red Sea and were sunk by a storm off the north-eastern coast of Al Hallaniyah Island, Oman.

© Photo : Esmeralda Shipwreck 1503 facebook
Esmeralda Wreck Site
"The avoidable and costly loss of these ships and their valuable cargoes, which also resulted in the death of the Sodré brothers, is a well-documented story that has been recounted numerous times over the centuries," the research team wrote in a paper on the discovery in the journal Nautical Archaeology.

"Our research thereby benefited from a rich and extensive narrative of da Gama's 1502–1503 voyage to India, which also included the violent warfare and piracy conducted by the independent Sodre squadron and the tragic demise of the Esmeralda and Sao Pedro in a violent storm."

​The wreck site was first discovered by UK-based shipwreck recovery company Blue Water Recoveries in 1998, and was excavated between 2013 and 2015 in partnership with the Oman Ministry of Heritage and Culture.

Thousands of objects have been recovered from the wreck so far, including Portuguese gold coins and a silver coin that Manuel I had specially minted for trade with India.

The ship's bell is believed to be the oldest example ever recovered and bears the letter M and the number 498, which researchers believe signifies the date 1498.

Survivors of Migrant Boat Shipwreck in Mediterranean Head to Sicily