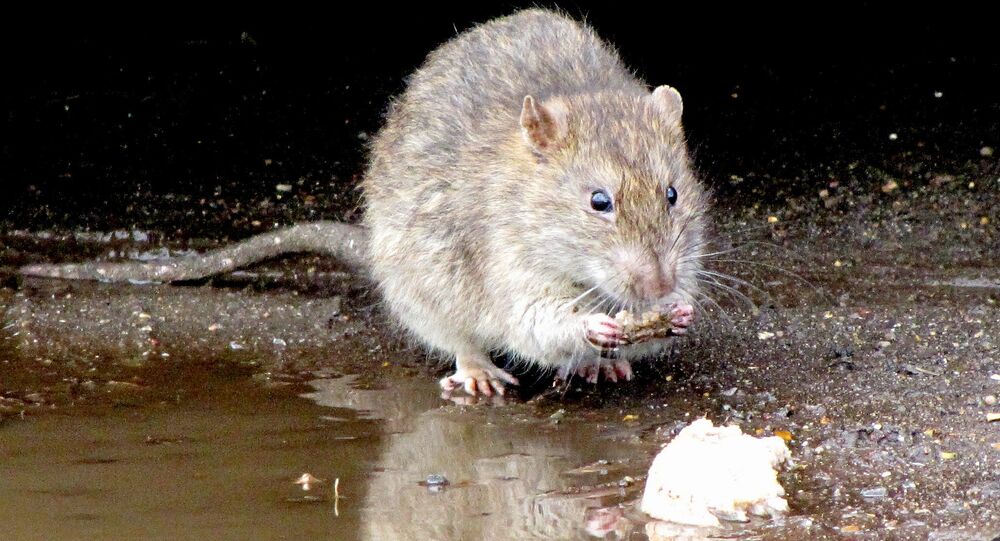 Mystery of Giant Rat: How London Gas Engineer Might Have Fooled the Media

#Huge 🐭 #Rat #Caught at a #Children's #Playground in #London pic.twitter.com/Gl0xeJqJbG

But is the rat as really big as it seems in the picture? Or are there some effective tricks that can deceive the reader's eyes?

"This is the largest rat I've ever seen in my entire life. I've got a cat and a Jack Russell and it was bigger than both of those put together. I'd say it was about four foot," the man said, cited by the British media.

The “giant rat” is two foot rather than the “four foot” claimed in the press. Perspective trick. Here’s my working: pic.twitter.com/DYGE3hPDSz

© Photo : Youtube/ Smithsonian's National Zoo
Giant Panda Tian Tian Revels in a Pile of Snow
Smith was actually going to throw the rat into a trash can, but then decided to take a picture of the creature to show that it was genuine.

The picture rapidly caused shock among the social networks users, but at the same time raised doubts about the authenticity of Smith's discovery. Some people unmasked the mega rat as an optical illusion. And here is why.

According to recent assumptions, Smith made the photo of the animal using the so-called "forced perspective," holding the object closer to the camera and thus making it looking bigger. On the picture, Smith stays further away from the camera than the rat, and this creates a wrong impression about the huge size of the creature.

Several social network users, including researcher at the University of London UCL Oliver O'Brien, made their own photos of that kind to show how the "forced perspective" approach works.

However, although the rat could be in fact considerably smaller than earlier stated by Smith, its actual body length which is estimated at about 60 centimeters (about two feet) still makes it an "impressive discovery".

@standardnews It's probably not that big. Our pest control team are checking it out though. pic.twitter.com/nqYFYjw4K4