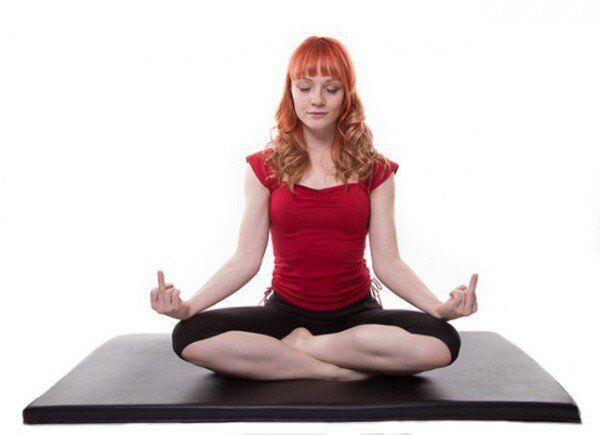 If you have ever considered practicing yoga, but are put off because it looks unbearably boring, you might give rage yoga a try, as you are encouraged to swear, drink beer and show your middle finger to everyone.

The radically unorthodox ‘rage’ approach toward the ancient spiritual and physical practice went viral online at the hands of Canadian yoga practitioner Lindsay Istace, a professional contortionist and fire eater.

Rage yoga may be just what you need to achieve effing zen. #FWx https://t.co/p9PtOVE7ON pic.twitter.com/TKyXcIHcD0

"When I started going to yoga classes, I felt like I didn't really fit in at a lot of those different studios," Istace said to CBC.

To make yoga more useful for her needs, Istace altered classic yoga poses and swapped gentle music accompaniment with heavy metal. She soon found that the innovations worked, and other practitioners joined her.

© Flickr / Kymberly Janisch
Science: Tattoos Are Actually Good for Your Health
"I wanted to create a practice that I felt comfortable in, and I knew I wasn't alone," Istace notes.

At her classes practitioners scream and swear as well as make offensive gestures like sticking their middle fingers out. She observed that, when people allow themselves to get to the boiling point in a supportive environment, emotional pressure is relieved.

"When you create a space for yourself to be angry and to shout and swear and scream, suddenly it's hard to take yourself so seriously,” she explained. "So it goes from anger to laughter pretty quickly. And we have a lot of that going on here."

© Photo : Pixabay
Lonely Hearts Club: Happiness Can Break Your Heart Too, Say Doctors
Many yoga trainers remain skeptical, Istace admits, as it is known that swearing and consuming intoxicating beverages distracts from the ability to center oneself in the present moment, an experience essential to focused awareness, the spiritual mainstay of yoga practice. Istace ignores the criticism, saying that her yoga tour through breweries across Canada is underway.
...
Reddit
Google+
Blogger
Pinterest
StumbleUpon
Telegram
WhatsApp
712

Keep Calm and Be Fit: International Yoga Day Around the World