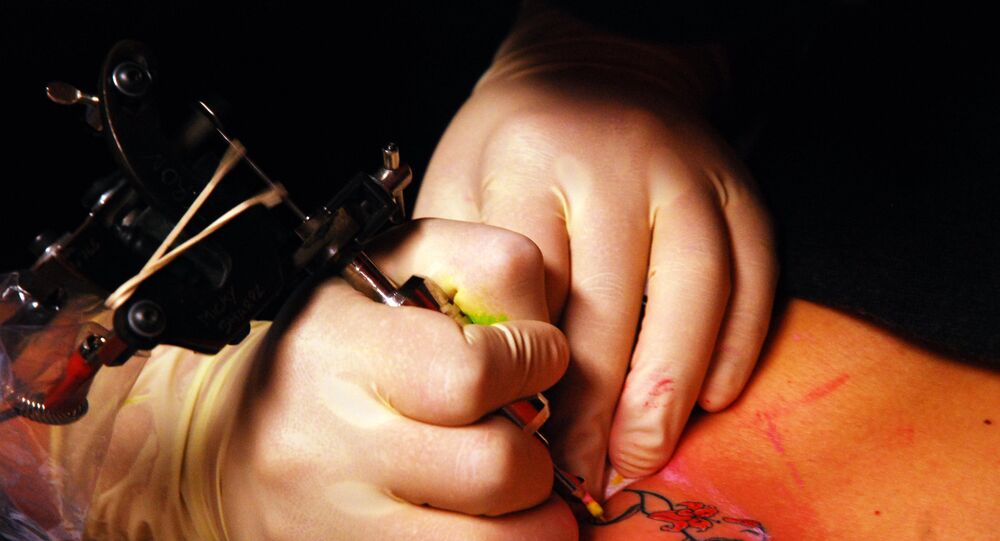 Science: Tattoos Are Actually Good for Your Health

A new study has found that having multiple tattoos may actually be good for your immune system and your health.

© Flickr / saeru
US Government Spent $45,000 to Market Pumpkin Donuts as Healthy
The study, conducted at the University of Alabama, recruited 24 women and five men between the ages of 18-47 who were intending to be tattooed. Researchers measured participant’s immune function, using secretory antibody immunoglobulin A (SIgA), and stress hormone cortisol (sCORT), collecting saliva samples before and after the tattoo sittings.

“We measured tattoo experience as a sum of number of tattoos, lifetime hours tattooed, years since first tattoo, percent of body covered, and number of tattoo sessions,” the researchers wrote.

Participants who were getting their first tattoo had an increase in cortisol levels and a large decrease in immunoglobulin A. For those who had tattoos already, immunoglobulin A dropped slightly. Researchers believe that this may be because those who have already been tattooed have a stronger immune response. Researchers suggest that multiple tattoos stress the body repeatedly and may cause the immune system to adjust and increase internal set points.

© Photo : Youtube/WatchCut Video
100 Years of Tattoo Art on One Body
Immunoglobulin A is one of the main defenses against common infections, including colds.

“Putting it in perspective, getting a first tattoo is like your first workout at the gym. At first you feel exhausted and your muscles ache. But in your next several visits at the gym, the muscles get stronger. You feel less and less exhausted the more you frequent the gym,” a Tech Times reporter wrote. Having needles push ink into skin exhausts the body, but may also be giving the immune system a healthy workout.

While the research is revealing, Tech Times also notes that the study had a very small sample size, and that additional research is required. The study also noted that another explanation may be that individuals with healthy immune systems heal faster, making them more likely to find multiple tattoos appealing.