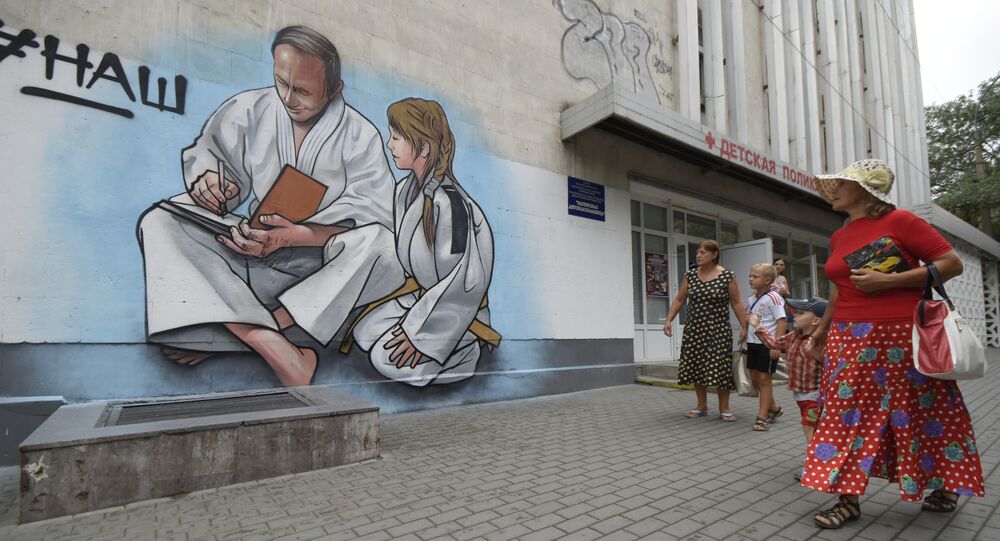 Russia and Ukraine have turned to a novel approach in their media war: according to a research of the Webster University in Vienna, the two countries now exercise their wits in ‘Memes Warfare.’

Memes, which have become an integral part of the Web, are now spreading like wildfire, according to the recent research of the university. This is mainly due to social media networks like Facebook and Twitter.

RuNet memes, in a nutshell. pic.twitter.com/PmZw1f5EpS

​However, these little cartoons are now used not only for entertainment purposes, but as a powerful tool in political discussions.

​The recently released research has analyzed which cultural issues and political messages are promoted with the help of memes.

​The study suggests that Russian authors often associate Ukraine with images of zombies, vampires and Nazis.

​Ukrainian activists, in turn, build their memes around the “personality cult” of President Putin and play on the theme of Russia's motives. Among the Ukrainian memes can be found a penguin with a banner of United Russia, Russia’s ruling political party, sitting in Alaska.

The Russian cat versus the Ukrainian cat. Notice the heating infrastructure, and lack thereof. pic.twitter.com/S4ZEj4HvsC

​The Ukrainian memes, the study says, often refer to the Western movies, such as the "Austin Powers" films (Dr. Evil) or "Matrix."

Some anti-EU humor going around: “It’s as if Bref anticipated the European Union’s vision for integrating Ukraine.” pic.twitter.com/HZUUkvr1NB

​This is not the case for the Russian cartoons. The only movie comparison which could be found so far is the one between US Republican John McCain and the evil wizard Saruman from "Lord of the Rings."

​Recently however Russia made it clear that any Internet meme that depicts a public figure in a way that has nothing to do with his “personality” might be subject to a legal prosecution.

Is it ‘Truthy?’ Government-Funded Database to Track Online Opinions, Memes