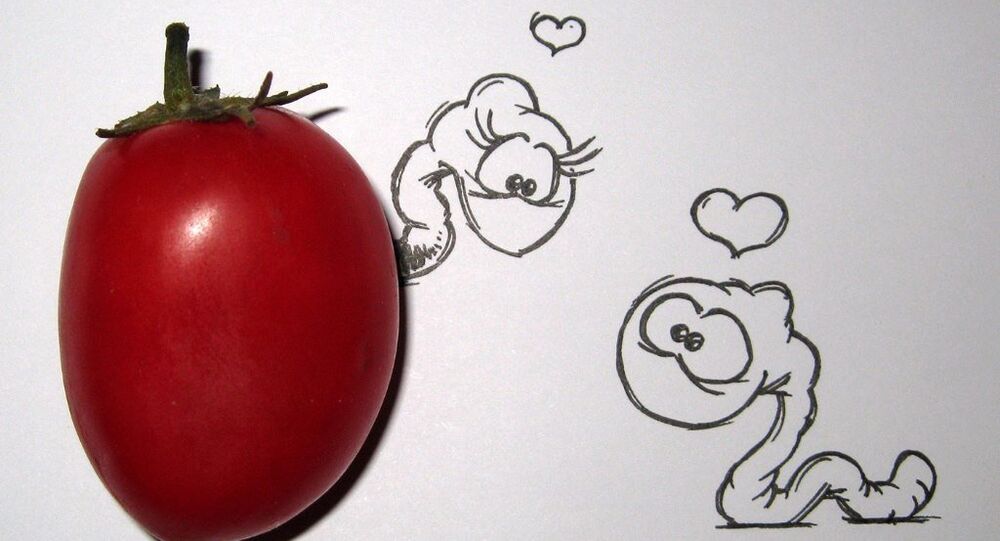 Unique cartoons by Iranian caricaturist Majid Khosroanjom have taken over the web! The eye-catching drawings are made in a very unusual way – with a real object attached, they become vivid satirical and humorous photocompositions. Sputnik sat down with the artist to learn more about his unusual artistic manner.

The unique style of caricaturist Majid Khosroanjom involves attaching a real object to his drawings. It could be a coin, a little padlock, a chess piece, some fresh fruit, a flower, some clothes or practically anything in fact.

​Majid Khosroanjom hails from Navab Street in downtown Tehran. He was born on 10 November 1978 and has an MA in Industrial Design from Tehran University of Art. In his interview with Sputnik Persian the artist said he first became interested in cartoons when he was 15.

​“Regardless of my profession of an industrial designer, I was always interested in cartoons,” Khosroanjom told Sputnik.

Majid Khosroanjom is a caricaturist whose personal page on Instagram is very popular these days. pic.twitter.com/InU9emLgMW

​“My personal experience as a caricaturist started in 1993. One day, my father brought four A4 papers home. I mean four white blank objects with no pins attached to them. It was extremely rare back then! I was so excited that I couldn't sleep all night. I remember lining them up alongside each other and just staring at them.”

​The artist explained that when he was a child, there was no A4 paper. The kids used to draw on low-quality notepads of thin papers. At that time the  paper industry was so bad that the prizes for being a top student were good quality notepads and notebooks.

Khosroanjom then said that as he couldn’t get any sleep, he tried to draw something on the piece of paper – and so appeared his first caricature.

The artist said that this style of drawing is very popular around the world and Iran is no exception. Iranians have a very good sense of humor and try to react very fast to global developments with various jokes and anecdotes. Iranians are very cheerful and this explains their love of cartoons.

​The gallery of his works in Instagram is a separate issue, the caricaturist explained. Among them are not only cartons but animated humorous illustrations and a lot more.

“The style I have chosen is very popular as, among other things, the combination of graphics and real objects gives a special visual pleasure to a viewer which lays off in his imagination and conscience,” Khosroanjom said.

“Probably, this puzzle (graphics plus a real object) is what has made it so popular among Instagram users.”

The artist has over 80,000 subscribers to his Instagram account. However, he also employs other styles in his work.

Khosroanjom uses pictures, collages, graphics, acting, illustration as well as sometimes performing adopting a classical style. However each artist should perform in his personal style, which is especially close to him. And this particular one (graphics and a real object) best represents Khosroanjom.

The artist is wants to express to his audience that he will continue to grow to be able to give joy to all who are interested in his work.