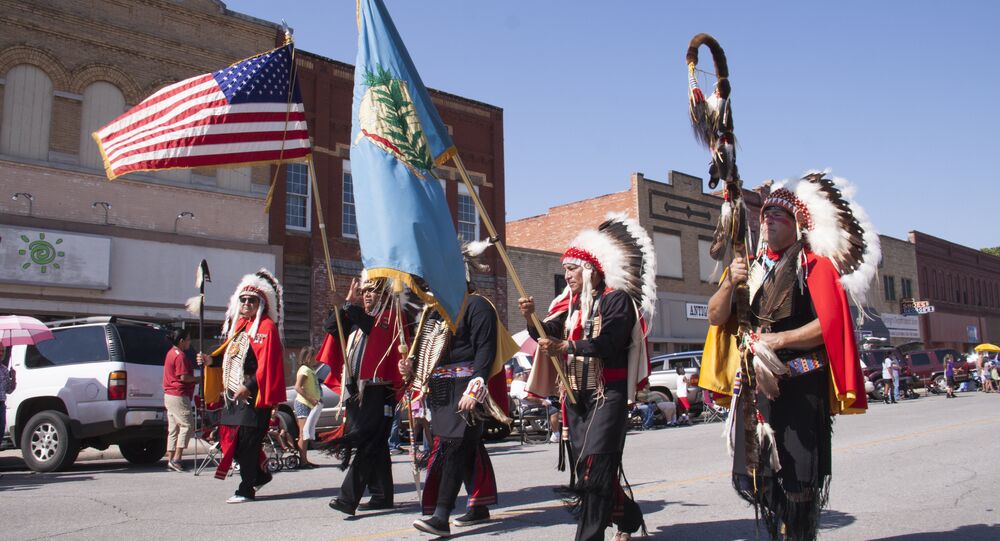 After more than a hundred years of debate, scientists eventually proved that Native American tribes such as the Aztecs, Iroquois and Incas are closely related to ethnic groups in the Siberian region.

The findings have been made by the prominent Russian geneticist, Dr. Oleg Balanovsky at the end of 2015.

"The current study confirms the theory that the Altai peoples are closely related to Native Americans,'' geneticist Valery Ilyinsky at the RAS Institute of General Genetics said, cited by Russia Beyond the Headlines. ''We now have clear proof, and it is useless to contest it.''

© Flickr / Robin Zebrowski
Native Americans, Wyoming Officials Clash Over Devil’s Tower
The origins of Native Americans have been a subject of vivid discussion for many decades. The latest results, published in 2013 in scientific magazines, Nature, and Science, confirmed the speculations that the ancestors of Native Americans originally came from Siberia and left the region about 20,000-30,000 years ago.

Dr. Balanovsky's research team examined DNA samples of various nationalities and confirmed that Native Americans have a common origin with ethnic groups in Altai. Another interesting finding concerned the relation of Native American tribes to the indigenous inhabitants of Australia and Melanesia.

"This is astounding because they are located on an almost opposite part of the planet," Balanovsky explained.

According to the expert, researchers are continuing to work on this issue as it still remains unknown how the migration from these parts of the world actually occurred.