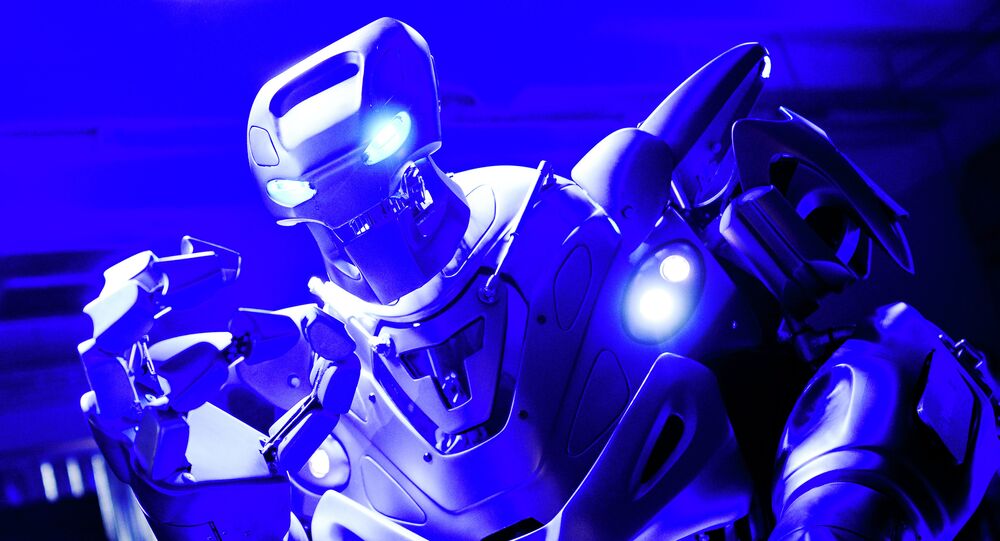 Amid rapid technological development begetting fears of an intelligent robot armageddon, American scientists claim the only way to prevent a machine apocalypse is to inculcate moral humanistic values into artificial intelligence -- and some say childhood fairy tales do this best.

© Photo : Sony Pictures Releasing CIS
Rise of Machines: Robots Could Wage War Against Humanity by 2055
Fables from various cultures can provide artificial intelligence with social skills and role models crucial to the peaceful coexistence of men and robots, scientists at Georgia Institute of Technology claim in a new study.

"We believe story comprehension in robots can eliminate psychotic-appearing behaviour and reinforce choices that won't harm humans and still achieve the intended purpose," Mark Ried, one of the authors of the study, said.

But to make robotic brains incorporate the necessary social codes, a more specific method than simply telling them bedtime stories is required.

"Giving robots the ability to read and understand our stories may be the most expedient means in the absence of a human user manual," Reidl said.

Pixabay
Robotics, AI Revolution to Benefit the Rich, Increase Inequality - UBS
According to researchers, to make a robot understand the actions of a human it must first convert the moral lessons contained in fables into a specifically designed architecture of reasoning, compatible with artificial intelligence.

An early example of this reasoning is a system called "Quixote," named for the protagonist of Miguel de Cervantes’ classic novel. Quixote uses fable plots to give machine intelligence guidance for moral problem-solving and, depending on what deeds characters engage in, the system sends either reward or punishment signals, causing robots to act more humanely, researchers suggest.

By example, a robot gets a pharmaceutical prescription its owner urgently needs, and Quixote helps to find the quickest and most appropriate resolution from a codified moral point of view. This prevents the machine from stealing the medication — or worse — and encourages it to act appropriately, based on the desires of the owner and the laws written into its code.

YouTube/Wired UK
WATCH: Robot Chameleon Changes Color
The directive stories Quixote uses are generated by a system created previously by the same team. Named after the heroine of the 1001 Nights Tales, ‘Scheherazade’ develops ‘interactive fiction’ based on decisions made by the machine, providing a “huge number of branching paths” following every step taken, CNET wrote.

Quixote is in the early development stage, according to researchers, noting that it works currently with robots that interact with humans in only a very small range of function.