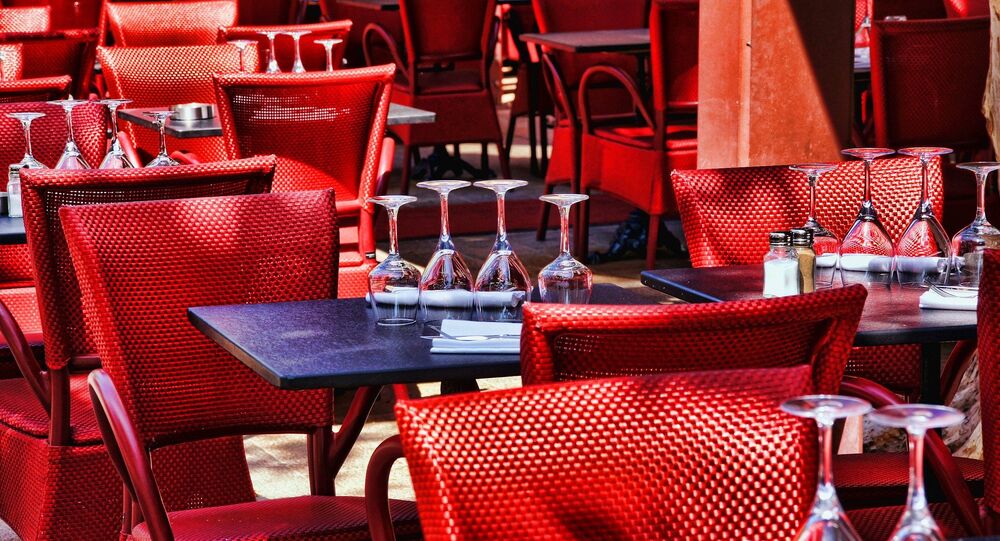 There is one very curious restaurant in a Paris suburb that became known for not allowing in possibly one of the wealthiest group of people – bankers, unless they pay an entrance fee of 70,000 euros ($78,000), Le Figaro reported.

As one approaches the restaurant Les Ecuries de Richelieu ("The Stables of Richelieu") in Rueil-Malmaison a sign with unusual writing stands out immediately.

"Dogs allowed, bankers prohibited (except when paid the right of entry 70,000 euros)" the sign says.

The whole thing started after Alexandre Gallet, the owner of the restaurant, was denied a bank loan to start his business back in 2008, Le Figaro said. Gallet, who was then only 23, had tried 20 times to get a loan, but all of his attempts were in vain.

© AP Photo /
Bankers and Big Business Bosses to Dominate Secretive Bilderberg Talks
Eventually, the young man managed to open his own restaurant and worked very hard to make it a popular spot for local food-lovers. In 2015, Les Ecuries de Richelieu had its best year both in terms of profit and turnover.

Gallet's incredible success with his first restaurant encouraged him to open another one. He found a nice location in November 2015 and filed a loan application to several banks hoping to get 70,000 euros.

Surprisingly, all of his loan applications were denied, although Gallet had paid off his previous credit long ago and currently owns a well-established business. Needless to say, this made Gallet furious and he decided to take his revenge by not allowing any banker into his restaurant unless they were willing to pay 70,000 euros.

"Nowadays, bankers are not doing their job," Gallet said, as cited by Le Figaro.

According to the young Frenchman, all small-business owners have to beg banks to get a loan. Even then, banks often deny applications without providing a clear explanation.