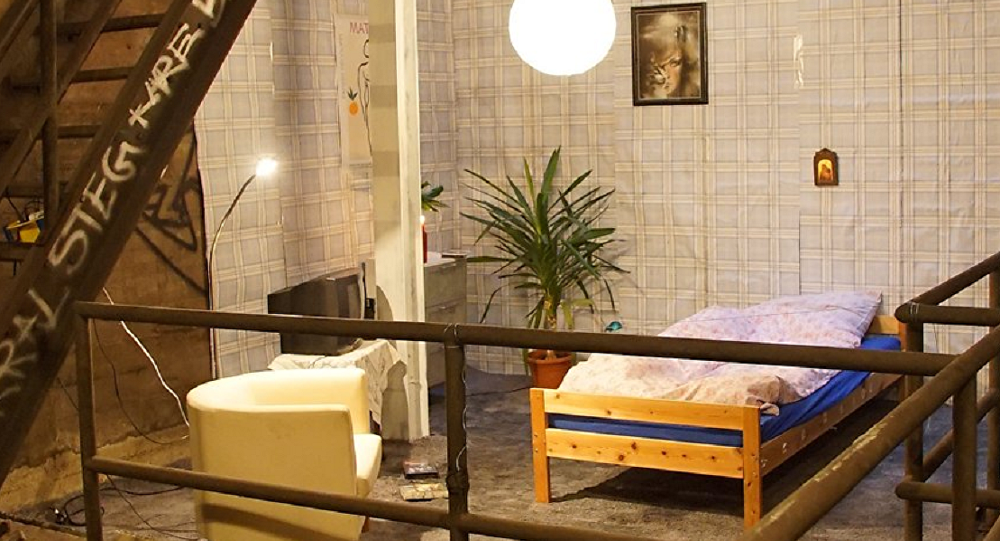 Employees of the Berlin subway discovered a fully furnished apartment in one of the abandoned subway tunnels, according to Berliner Kurier.

The walls were complete with wallpaper and decorated with paintings. The apartment had a bed, television, chair, dresser and even a palm tree. Power was supplied by a cable network that provides electricity to a nearby metro station.

Subway workers discovered the apartment while conducting regular technical check-ups in the tunnels. First, they decided that the room was specially decorated for a film, but this version has not been confirmed.

Commenting on the discovery of the unusual apartment, spokesman of the Berlin transport association Peter Ritz told the newspaper that "someone apparently wanted to have some fun". According to him, "the unknown person somehow managed to carry furniture into tunnels, bypassing the subway's security system."

The discovery caused lively discussions on the Internet. Some found the idea great or perceived it as a joke. Others, however, expressed their concerns regarding subway's security system.

According to Berliner Kurier, the unidentified person published an ad on Airbnb's website offering the apartment up for rent. The whole set-up was removed from the tunnels three days after the discovery.