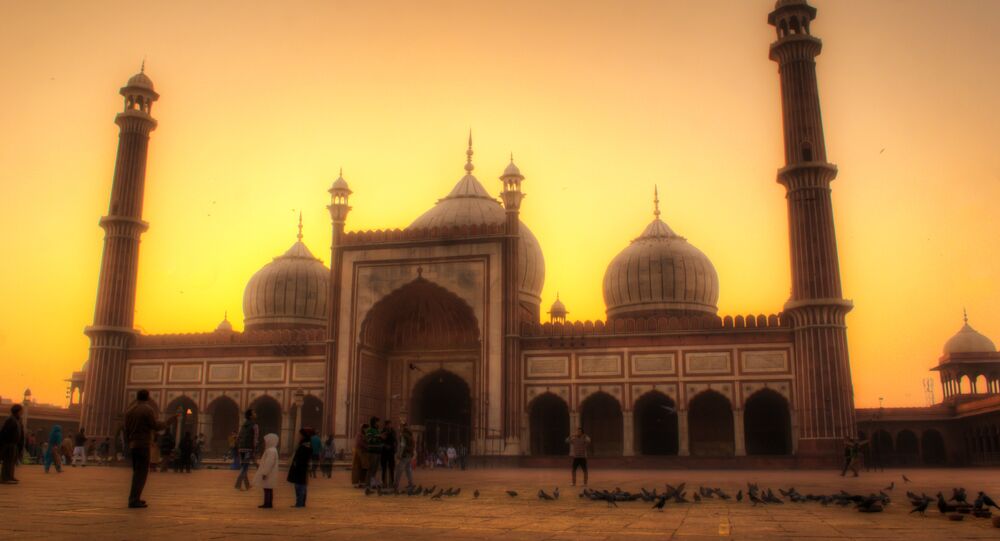 Contrary to the popular belief that Indian films can make any viewer ‘puffy eyed’ because of their abundance of emotionally over-the-top, sugary-romantic scenes, sometimes they inspire moviegoers to engage in impassioned, albeit unwelcome behavior, like in the case of Dipati Sarna.

© REUTERS / Laszlo Balogh
Feel the Vibrant Spirit of Valentine’s Day Embracing the World
16
Dipati Sarna, a twenty-four year old employee of the online marketplace Snapdeal was kidnapped by her admirer. The young girl thus unwillingly played a role mirroring that of the heroine in the Bollywood movie Darr (1993), starring Indian acting sensation Shah Rukh Khan. However, the place of the King of Bollywood, in this case, was taken by a regular young man.

Thirty-year-old Davender saw Dipati in a subway station for the first time about a year ago and since then he's secretly followed her home more than 150 times. After carefully monitoring her daily routine and circle of friends, Davendar moved on to a more decisive step.

He acquired 2 auto-rickshaws and persuaded four friends to participate in his ‘plan’ (when detained later on, the accomplices stated that they hadn't known what the plan exactly was).

On February 10, Dipati was returning home with her friend. They got into a rickshaw and Davender was at the wheel. The second girl was forcibly pushed out of the vehicle. Dipati was then threatened with a gun.

After that, she was brought to the suburbs and locked in barracks at a construction site. Davender took away her phone and purse. The girl said that at that moment she was already preparing for the worst.

However, the kidnapper acted just like the hero of the movie. He talked to Dipati, trying to calm her down, brought her food and at night even covered her with a blanket.

Later on, he would tell the police that he did not want to harm her in any way. The young man was planning to marry her and move to Nepal. His attempts to win the girl’s trust were confirmed by the fact that after keeping Dipati locked up for several days; Davender drove her to the nearest train station and gave her Rs 100 for a ticket.

Despite the happy ending, it can be said with certainty that the girl just got lucky. According to police statements, the young man is suspected of several crimes, including theft, harassment and murder.

During the interrogation, Davender said that he admired only two people — Genghis Khan and Hitler.

“They did so much! So what, I cannot even get the girl?” the desperate man exclaimed.

No Flowers: This Is Why Pakistani Leader Lashes Out Against Valentine’s Day