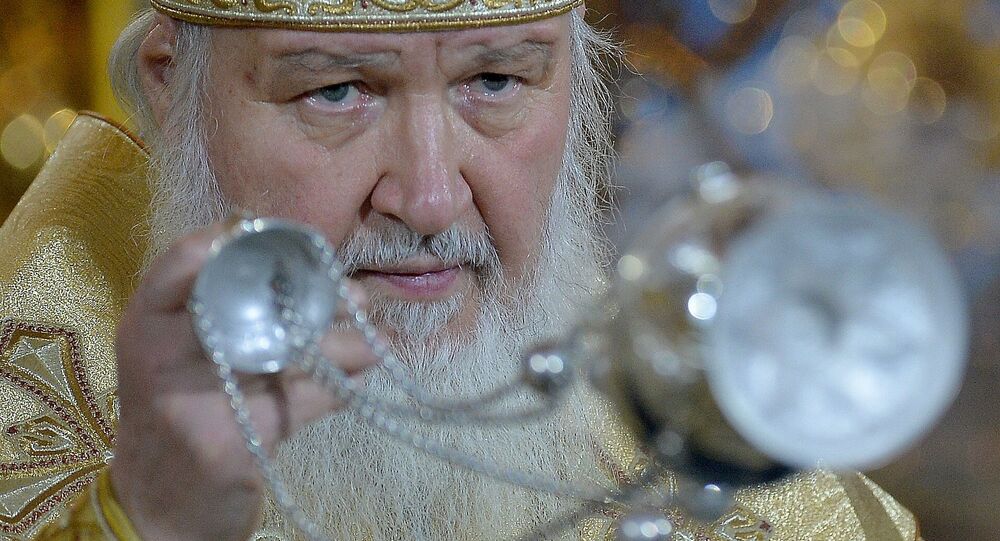 Christian communities in a number of developed countries are "under pressure" nowadays, Patriarch Kirill of Moscow and All Russia said in an interview released Tuesday.

© Sputnik / Sergey Pyatakov
'Breakthrough' Meeting of Patriarch Kirill, Pope Francis 'Big Step Forward'
MOSCOW (Sputnik) — The interview comes after the historic talks between Patriarch Kirill of Moscow and All Russia and Pope Francis in Cuba, which were first meeting since Christianity split into western and eastern branches in 1054.

The leaders of two Christian churches discussed a number of issues, including persecution of Christians in the Middle East.

"I strongly believe that we should work together in order to save our society from de-Christianization – because, facing increasing atheistic pressure, which has become quite aggressive in some countries, Christians are being squeezed out of public life. In a sense, we may say that Christians feel uncomfortable in many developed countries today. Christians are under pressure," Kirill told RT broadcaster.

Patriarch Kirill and Pope Francis’ meeting highlighted the "shared cultural legacy" of Christianity amid what he termed a "secular assault" against the religion.