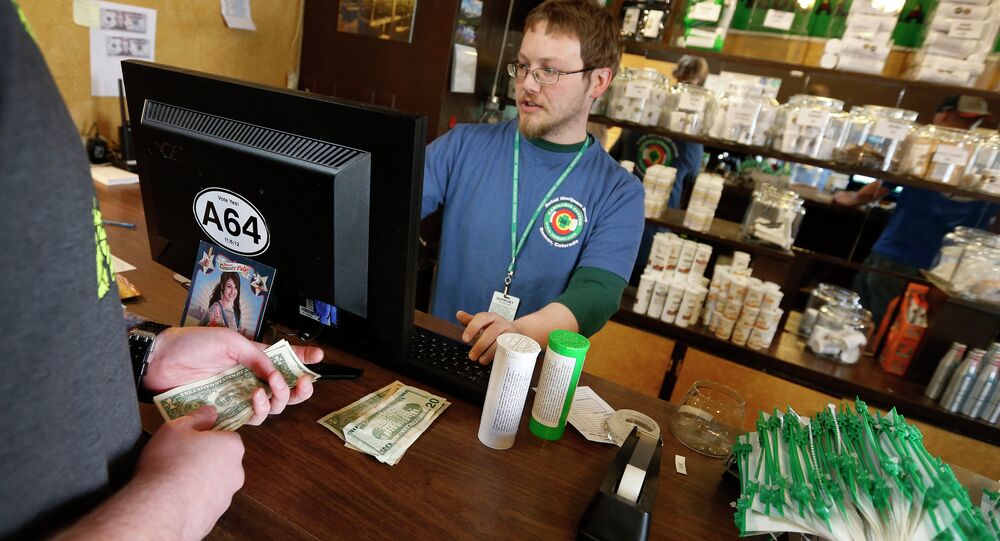 © AP Photo / Elaine Thompson
Marijuana Sales Boom Promises $1Bln in Tax Returns for State of Washington
Since pot became legal in Colorado in January 2014, adult Americans in that state can legally possess up to one ounce of marijuana. The law opened up a new sector of the state's economy, largely dependent on agriculture.

On Tuesday, Colorado's Department of Revenue published their 2015 report, which reflects that the state raised more than $135 million in marijuana taxes and fees, with $35 million going toward school construction projects last year.

Recreational and medical marijuana stores are available statewide, though each city and county reserves the right to decide whether to permit its stores to sell the drug.

Colorado has become an attractive destination for tourists and, according to a survey conducted by the Denver Post, holidaymakers confessed they chose the state to visit because of marijuana legalization.