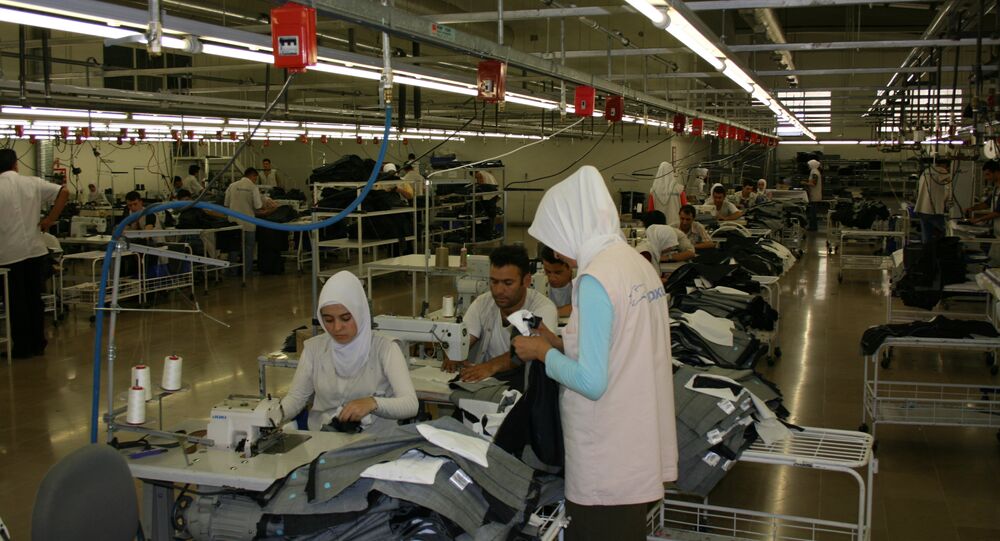 © AP Photo
Over 1,600 Syrian Refugees Cross Into Turkey in Just 2 Days Due to Border Clashes
MOSCOW (Sputnik) — Earlier in the day, the British newspaper the Independent reported that UK high street giants H&M and Next had admitted to identifying child labor in supplier factories in Turkey.

A report by the Business and Human Rights Resource Centre (BHRRC) revealed earlier that a few brands were taking decisive action to protect refugees in their supply chain in Turkey.

"It is impossible legally in Turkey to hire child labor. Besides, H&M and Next will never accept such production [practices]," Tanrıverdi said, as quoted by the Hurriyet Daily News.

According to Tanrıverdi, the Association is ready to provide evidence that child labor is not being used by its members and are open to accepting observers to confirm the same.

Turkey is one of the world largest producers of clothes, supplying many famous international brands. At the same time, Turkey has accepted over 2.5 million Syrian refugees, who fled war-torn Syria.