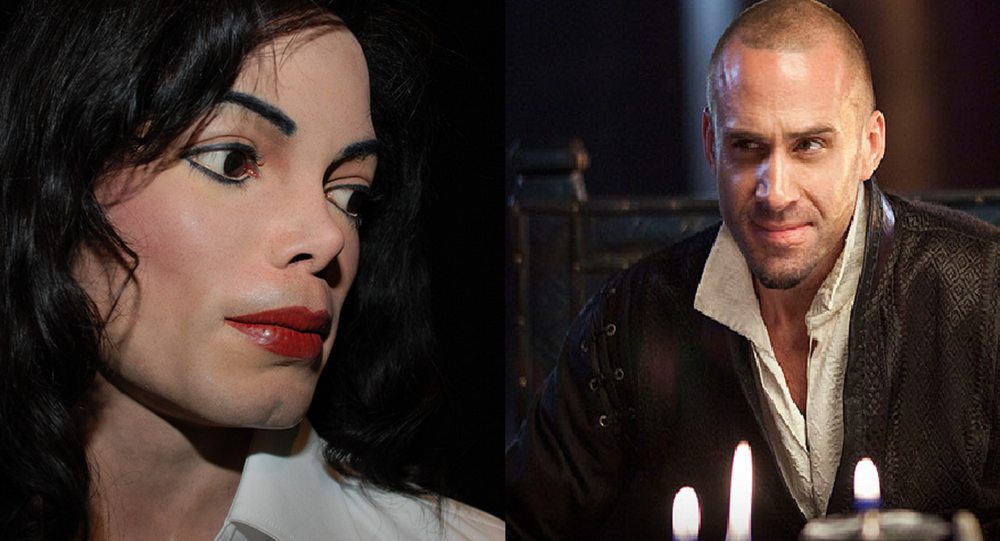 The announcement that Joseph Fiennes, a white British actor, would play Michael Jackson in a TV comedy has sparked outrage and not a little irony, as the debate about a lack of opportunity for non-white actors in the Hollywood film industry heats up.

© Photo : screenshot @midnight tweet
#MakeAMovieWhiter: Tweeters Take New Jab at All-White Oscars 2016
Fiennes, the star of “Shakespeare in Love,” will be starring in a comedy about a rumored road trip that Jackson, Elizabeth Taylor, and Marlon Brando took together, fleeing New York City following the 9-11 attacks on the World Trade Center.

It is part of a series of comedies for Sky Arts about “unlikely stories from arts and cultural history.” The show is now in post production and set to air later this year.

© Ruptly . http://www.youtube.com/RuptlyTV
Moonwalk in Chaos: ‘Michael Jackson' Tries to Pacify Baltimore
Popularly attributed to a skin condition called vitiligo, Jackson’s skin pigmentation continued to lighten as he aged. In 2009, he died at 50, after an overdose of prescription medications. His death was ruled a homicide and his physician, Conrad Murray, was convicted of involuntary manslaughter.

Social media was outraged about the casting, as a lack of diversity in the entertainment industry, particularly in Hollywood film and television production, has been noted after only white actors were nominated for this year’s Academy Awards.

Sky Arts has defended the casting choice, issuing the statement, “Sky Arts gives producers the creative freedom to cast roles as they wish, within the diversity framework which we have set."

"I'm a white, middle-class guy from London," Fiennes told Entertainment Tonight, "I'm as shocked as you are."

"[Jackson] definitely had an issue — a pigmentation issue — and that's something I do believe," Fiennes continued. "He was probably closer to my colour than his original colour."