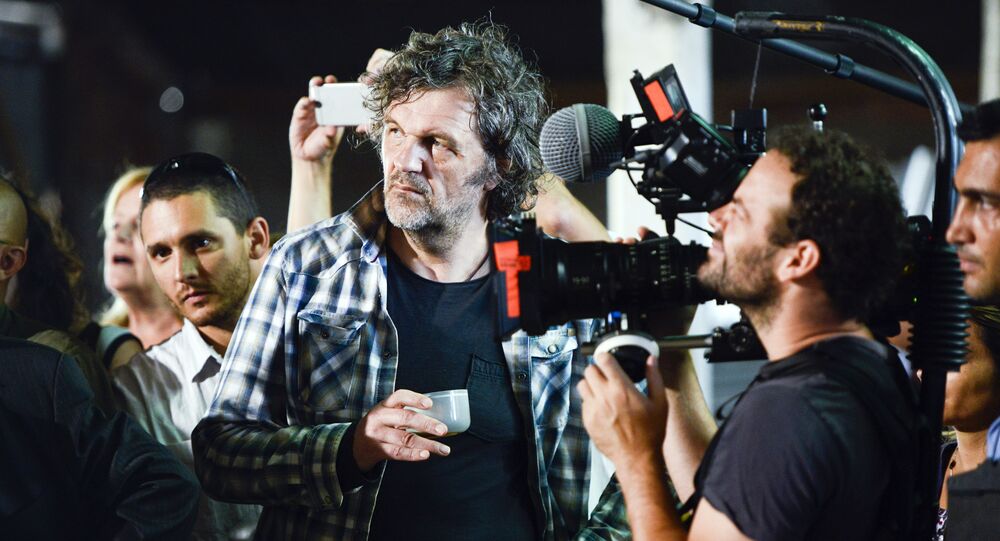 "Russia has a rich literary heritage, so there’s no shortage of themes and plots, and therefore no need to emulate Western movies," Kusturica said during an interview with the Ruski Ekspres (Russian Express) media center at the 9th Küstendorf Film and Music Festival in Serbia.

"Russia has a plenty of original and creative authors. There’s no other country in the world that has more writers, poets and artists, so there's no need for Russia to make movies based on Hollywood recipes," he added.

Kusturica also said that making a movie in Russian is one of his long-time ambitions.

"I must definitely make a Russian movie, in Russian. I love Russia, because I feel that Russian blood runs in my veins," he confessed.

The winner of two Palme d’Or awards at the Cannes Film Festival, a bass guitarist and the founder of the Emir Kusturica & The No Smoking Orchestra, Emir Kusturica is a strong supporter of Russia and Crimea’s 2014 reunification with the country.

Kusturica: Russia Will Solve Syrian Crisis Before May