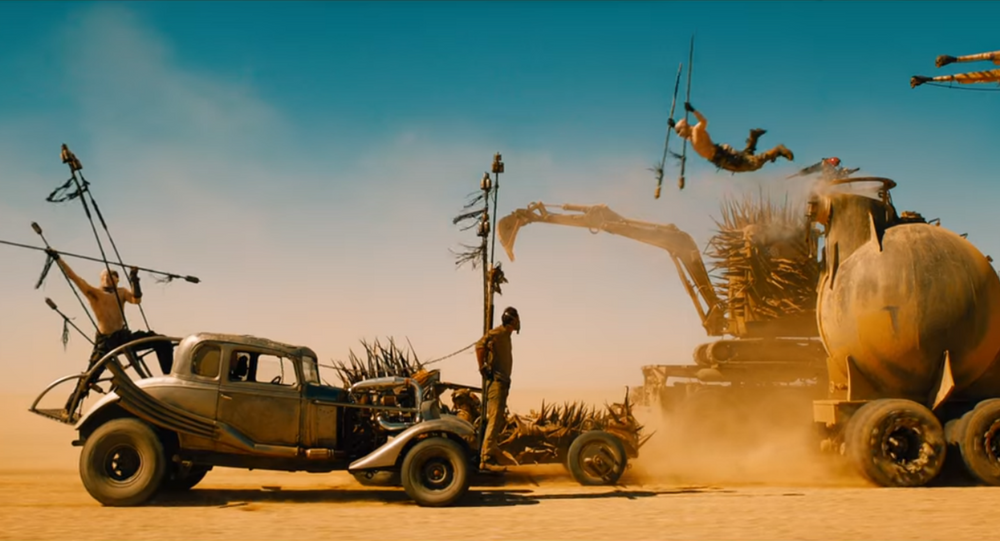 It’s almost the New Year, and while 2016 doesn’t come coated with the same doomsday paranoia that accompanied 2012, it never hurts to be prepared.

A new year means another 365 days (in 2016's case, 366) which, if you are inclined to be fatalistic, could lead to humanity’s doom. In the event of a catastrophic meteor collision, suffocating nuclear winter, or solar storm capable of knocking out the global power grid, Sputnik recommends you flee, if you still possess your legs, to one of these safe havens.

The ice continent has its downsides. It’s difficult to reach, inhospitable, and isn’t exactly suited for sustainable farming. But those snags are also Antarctica’s strengths. If you can cross the violent windswept Southern Ocean with a large stockpile of food, you’d likely have the vast landmass to yourself, with plenty of ice to melt for drinking water, if you have fuel to melt the ice, Business Insider suggests. Scattered scientific outposts also mean that shelter would already be in place.

Plus, if global warming was the cause of the apocalypse, Antarctica could soon be a warm, fertile wonderland. The next Mesopotamia.

Located 93 miles off the coast of Sao Paulo, Brazil, Ilha da Queimada Grande is a lush island completely untouched humans. It is, essentially, ripe for the taking, with one major catch: the entire place is covered in highly venomous pit vipers. By most estimates, there are between 2 and 5 snakes per square meter.

It’s a risk, but if hundreds of thousands of serpents can survive on the island then there’s plenty of food to go around. Any survivors who could cordon off a corner of the island would be set for life. Of course, with the viper poison capable of melting human flesh within minutes, it could be akin to trying to settle on Isla Nublar from "Jurassic Park."

Switzerland’s long-standing policy of neutrality, and it’s appreciation of chocolate, makes it an obvious choice for anyone hoping to survive Armageddon. If global war were to break out, the alpine country may be one of the few corners of the world left unscathed.

But Geneva offers another major advantage: The Large Hadron Collider particle accelerator deep beneath the Jura Mountains. The 17-mile circular tunnel and subterranean facilities would provide adequate shelter for thousands of people escaping a charred surface, not to mention the endless possibilities that could stem from being in possession of the world’s largest and most advanced piece of scientific equipment. Assuming a power source still exists, the LHC could be used to save humanity – or to create a portal to hurl everyone into a more prosperous dimension.

At no time prior to the end of the world should you visit Las Vegas. It is a nasty, cheap adult theme park in the middle of a desert. But once the end times come, survivors won’t exactly have excess resources to gamble, which means that all of the fraternity bros and Wayne Newton fans that make the city so unbearable will have fled – hopefully to Snake Island.

Left behind will be a major metropolitan city filled with rapidly defrosting $200 steaks from the Bellagio, vast stores of liquor, and luxury high-rise accommodations. Passing out in sheets made of pure Egyptian cotton after gorging on free lobster? What could be better?

The ghost of Sinatra would approve.

The Arctic has many of the same advantages as the southern pole. Its harsh terrain and inaccessibility mean you likely won’t have to duke it out over real estate, and in a warming world, the coldest reaches of our planet could soon be the only place you can actually lie in the sun.

But Svalbard, an archipelago roughly 560 miles north of the Norwegian mainland, has an extra factor going for it: the Global Seed Vault.  Built inside a sandstone mountain, the vault contains over 20 million seeds, making it the most comprehensive cross-section of agricultural diversity on the planet.

Of course, the vault essentially serves as a bank, and as such there are robust security measures in place. Anyone hoping to break in may want to bring a lock pick set. Or a bulldozer.

Tridekker
The catacombs beneath Paris

The City of Light is a popular destination for any traveler. But beneath its world-class restaurants and art museums lies a vast network of subterranean catacombs. Known as the "World’s Largest Grave," the tunnels contain the remains of an estimated six million people, and while it may not provide the healthiest quality of life, the catacombs could be your best shot at survival.

Protected from the elements above, the labyrinthine tunnels could easily confuse hostile outsiders, and any number of booby traps could be installed to protect you and a small colony of survivors. Just be sure to bring plenty of food and candles. Ask for Jean Valjean.

Located off the southern coast of Iceland, Ellioaey is part of the Vestmannaeyjar archipelago. A beautiful, lush green speck atop a rock in the Atlantic Ocean, the island is uninhabited save for a single home built along Ellioay’s northern slope.

Of course, according to Internet rumors, the house is owned by Icelandic singer-songwriter Bjork, so you may have to put up with a fairly eccentric neighbor.

Perched on the outer edge of the "Graveyard of the Atlantic" is a former lighthouse known as Frying Pan Tower. Originally built as an oil rig, a lighthouse was added in the 1960s, and the facility has since been retrofitted into an offshore bed and breakfast.

Extremely isolated, the tower could provide a limitless food supply in the form of fishing, and recent upgrades, including solar paneling, mean that it’s already outfitted with everything necessary to live a long, comfortable life.

If the Mad Max franchise taught us anything, it’s that life in the Australian interior is difficult. Gangs of mohawk-topped gasoline-crazed maniacs may scare you away from the dry climate, not to mention the continent’s somewhat alien wildlife, which often seem plucked from a David Cronenberg film.

But Aboriginal Australians have lived in the Outback for centuries and will likely continue to do so long after Armageddon destroys the cities along the Australian coast. In addition to vast flatlands that can become unbearably hot around noon, the interior is littered with gold, copper, and opal mines. These would be ideal for shelter and could provide resources valuable for trading.

And if "Fury Road" is any indication, living in post-apocalyptic Australia means you get to drive some pretty great cars.

When all else fails, it may be time to face facts: Earth is doomed. Luckily, Matt Damon recently proved that it’s entirely possible to survive on the Red Planet in “The Martian.” You’re going to need a rocket ship, and it certainly helps to have a few advanced degrees in engineering, but farming the arid soil of Mars is possible.

There are also plenty of terraforming options. It may take a few million years, but if you’re savvy enough, you can alter the Martian atmosphere to better suit your breathing needs. NASA is already working on small canisters of bacteria they call “ecosystem-building, pioneer organisms” which could help produce oxygen. Be sure to grab a few bottles before you abandon Earth forever.

When in Russia: Top 10 Things That Freak Out Foreign Visitors