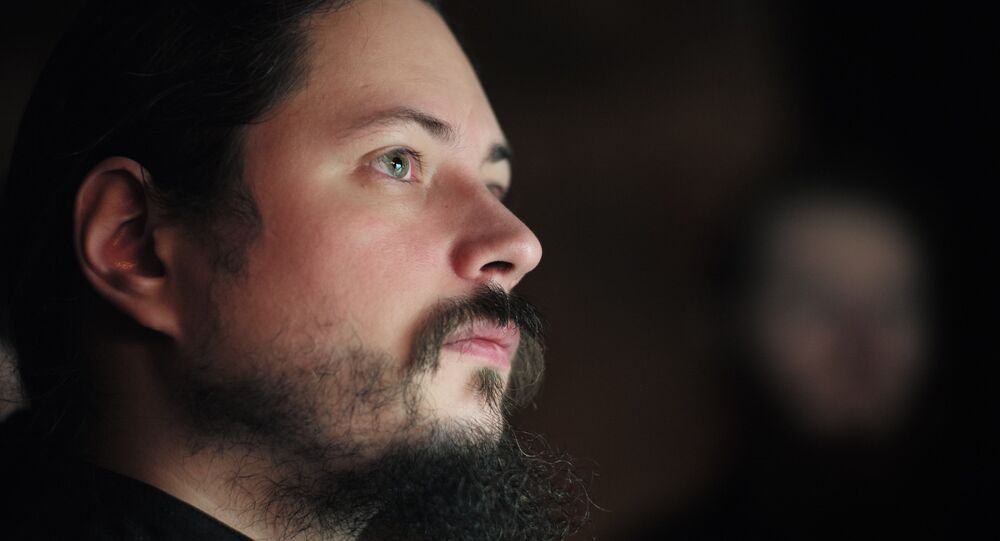 An Orthodox Christian monk has defeated all competitors to win first place in The Voice of Russia reality TV singing contest.

Hieromonk Photy Mochalov, 30, a priest and monk of the St.-Pafnutiy Monastery in Borovsk, an area southwest of Moscow, has won the Russian franchise of famous television singing contest, The Voice. The finals were broadcast live on TV Channel One late Friday.

Brother Photy was chosen by renowned Russian pop singer Grigori Leps at a blind audition stage of the contest, in which Mochalov sang Lensky’s arioso by P. Tchaikovsky.

In the finals, 76 percent of text messages voted for the monk. He performed the song Per Te in Italian written by W. Afanasieff, J. Groban and M. Marinangeli, a song Mochalov sang at an earlier stage of the show.

Photy Mochalov is the regent of his home monastery’s choir. When he was a boy, he lived in Germany with his parents, becoming a monk after returning to Russia, according to an interview he gave to Lenta.ru. Mochalov admitted that he listens to all sorts of music, including house, but draws the line at rock and rap.

In 2014, Cristina Scuccia, an Italian nun, won the 2014 Voice of Italy. The Sicilian-born sister Christina prefered a more emotional performance style compared to that of brother Photy.

Spectacular Closing Ceremony of the Military Music Festival in Moscow