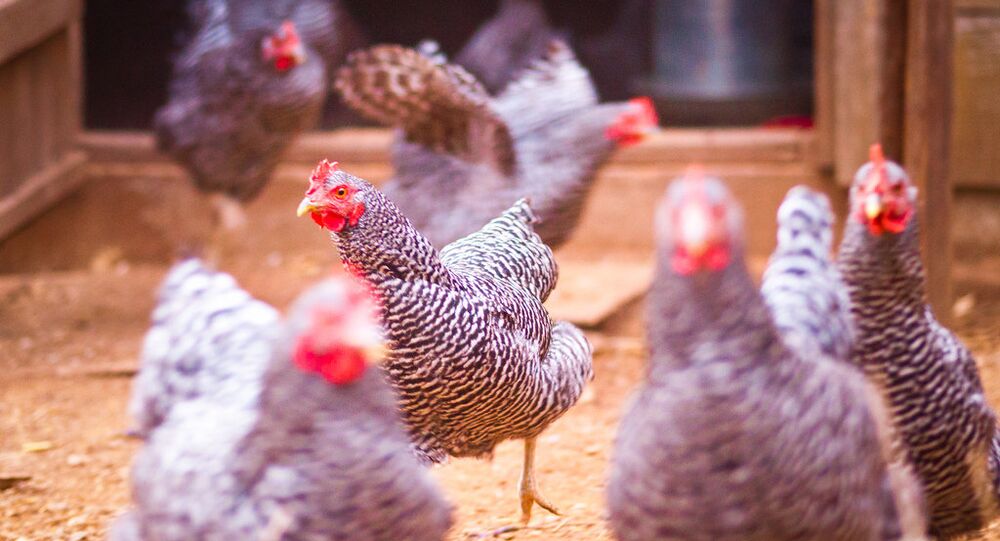 When Oregon tax employees came to work on Wednesday, they found something unexpected under the Christmas tree.

The Oregon Department of Revenue is not considered to be an animal shelter, so why were seven chickens hanging out by the coffee machine? And why seven? Why not twenty-three?

According to a police statement, an "angry" person named Louis Adler (66) is believed to be responsible for letting chickens loose at the Eugene, Oregon, office.

A Creswell man wasn't chicken about how he felt toward the Oregon Dept. of Rev. after leaving this flock there pic.twitter.com/kjJRBP49gW

A local policeman and an animal welfare officer arrived at the tax collector's office and took the chickens to the 1st Avenue Shelter in Eugene, ABC News quoted police as saying.

Adler was given a warning notice that he would be charged with trespassing if returns to the building.

Eugene police officers have a new skill they can add in their CV.

"Chicken wrangling is not a required skill for police officers," the police department stated.

Executive director of the Greenhill Humane Society, which operates the 1st Avenue Shelter, told reporters that the chickens have been in the shelter since Wednesday afternoon.

"It's not often we take in seven chickens at once and certainly not under this circumstance," Cary Lieberman told KEZI.

Liberman went on saying that the chickens wouldn't be returned to their owner, and are available for adoption.

The reason behind the Adler's illicit poultry delivery at the Department of Revenue remains unclear. Neither police, nor Adler were available for comment.