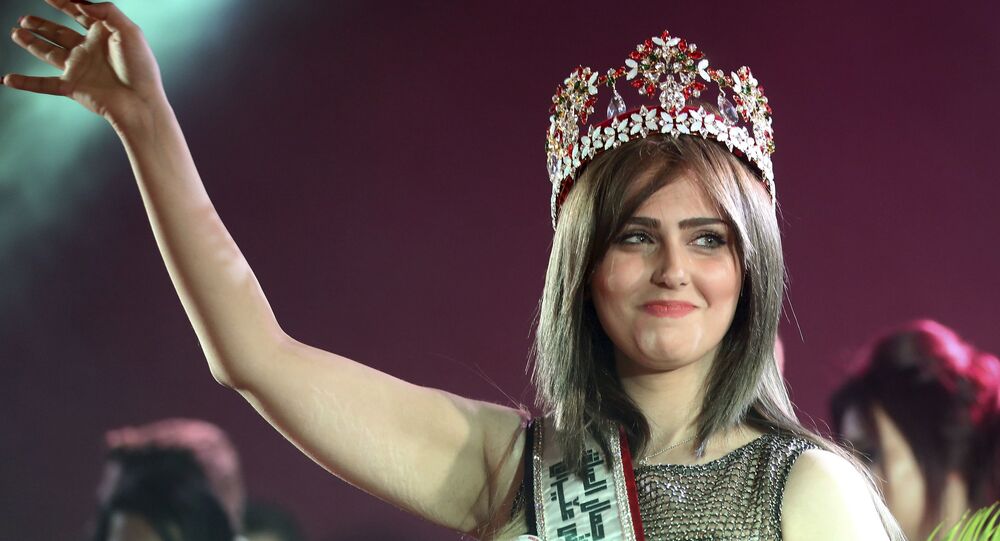 Miss Iraq 2015 has refuted claims made by several media outlets regarding Daesh allegedly trying to force her into a ‘sex jihad’.

© Photo : Youtube/Ruptly TV
Syrian Female Battalion Training to Give Daesh Hell
Shaima Qassim, a 20-years old economics student and winner of the Miss Iraq 2015 beauty pageant, told Sputnik that she didn’t receive any death threats from Daesh and that the terrorist group didn’t try to force her into sexual slavery.

"No one threatened me with murder or anything else," she said.

Sinan Kamel, a member of the Miss Iraq jury and Qassim’s official representative, also said that "Miss Iraq didn’t receive any threats and everything that's written in media and in social media about Daesh threatening Shaima is a lie."

Earlier, several Arabian media outlets, not citing any sources published a report about Daesh militants threatening Miss Iraq with violence if she doesn't join them and engage in 'sex jihad', which is an euphemism for sexual slavery.

Shaima Qassim, who was born in the Iraqi city of Kirkuk, was proclaimed Miss Iraq 2015 during the beauty pageant’s final, which was held on December 19, 2015.