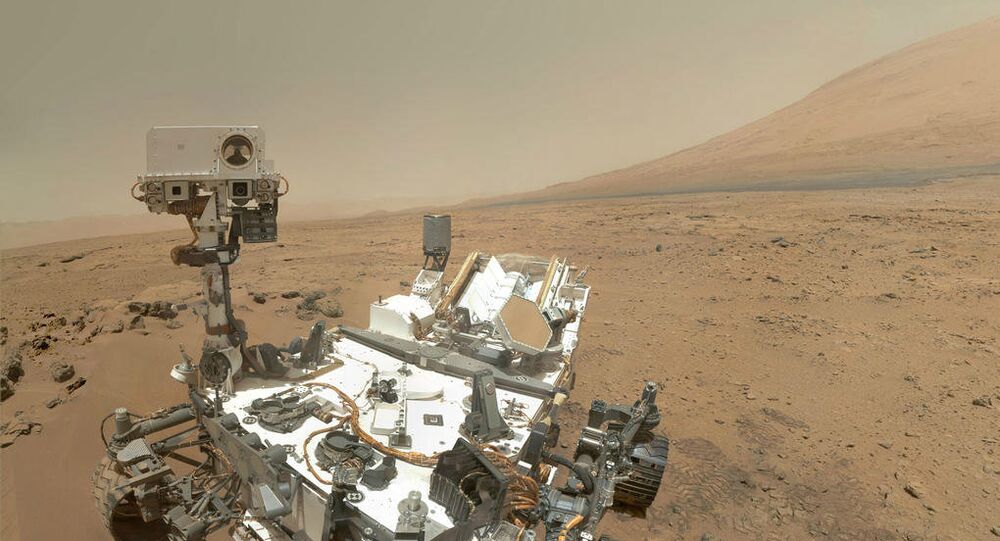 Scientists studying the Red Planet have for the first time detected nitrogen, a component crucial to the existence of life, extracted from nitrate molecules as a result of heating surface sediments, adding evidence that Mars could once have sustained life.

© Flickr / Kevin Gill
NASA: Life May Survive on Mars in Water Beneath Surface
Carbon-based life is not possible without nitrogen. The element is required for the shaping of molecules such as DNA and RNA, both of which carry the genetic information necessary for life. Proteins also require nitrogen to build structures such as hair and nails.

Earlier scientists discovered evidence that ingredients needed for life, including liquid water and organic matter, were present on Mars billions of years ago.

SHEE Project
No Couch Potatoes Here: NASA to Grow Potatoes on Mars
Scientists have detected nitrates in quantities up to 1,100 parts-per-million in Martian soil, leading researchers to conclude that Martian mudstone was formed from sediment deposited at the bottom of an ancient lake.

Nitrate molecules that contain fixed nitrogen needed for life are present on Mars. After Curiosity rover examined mudstone, dust and sand on the three sites of the red planet, evidence for nitrates were found on each of them.

Previously, a rover team said they discovered evidence for a habitable environment on Mars, including the presence of water, carbon, and potential energy sources to drive the metabolism of simple organisms.

Russia Enters ExoMars Program to Save Mission After US Exit