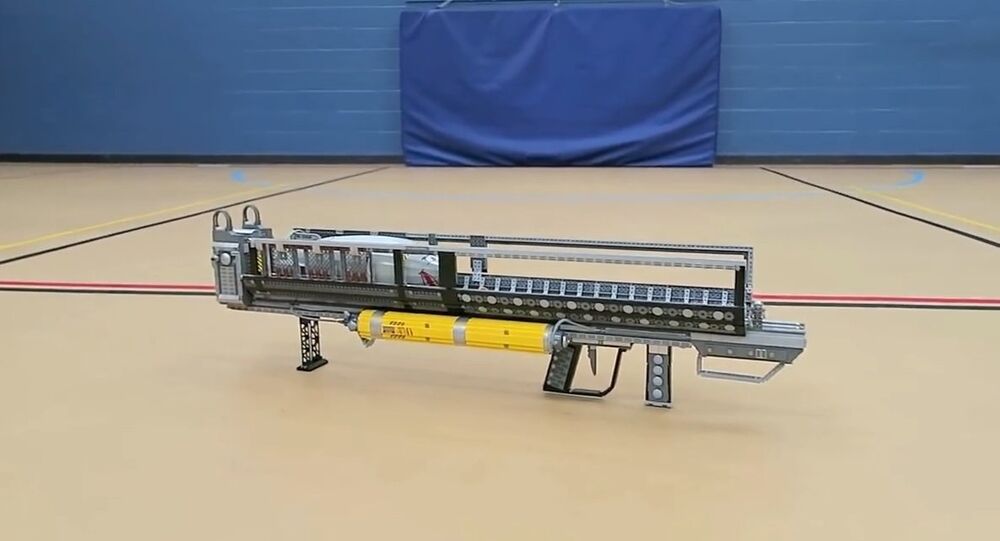 The young man created the replica of Purifier, one of the most unique weapons from the game Call of Duty: Black Ops III.

The man used 1,200 Lego pieces to create the 3-foot (0.9 meter) long flamethrower. The best part about the replica is that it's a fully functional flamethrower.

Well, of course, the device doesn't shoot a long stream of fire, like a real flamethrower does, but a rather small spray of fire similar to an aerosol being sprayed over a lighter. But still, the Lego-made Purifier is capable of actually shooting flames!

The real fire coming out of Purifier even burned a few Lego bricks close to the muzzle.

This isn't the first gun that ZaziNombies has made using Legos. In the past, the crafty YouTube user created other video game weapons, such as Destiny's Sleeper Simulant, Team Fortress 2's Force-a-Nature and Fallout's Laser Rifle.

Ex-Harvard Employee Accused of Stealing $80,000 From School to Buy Legos