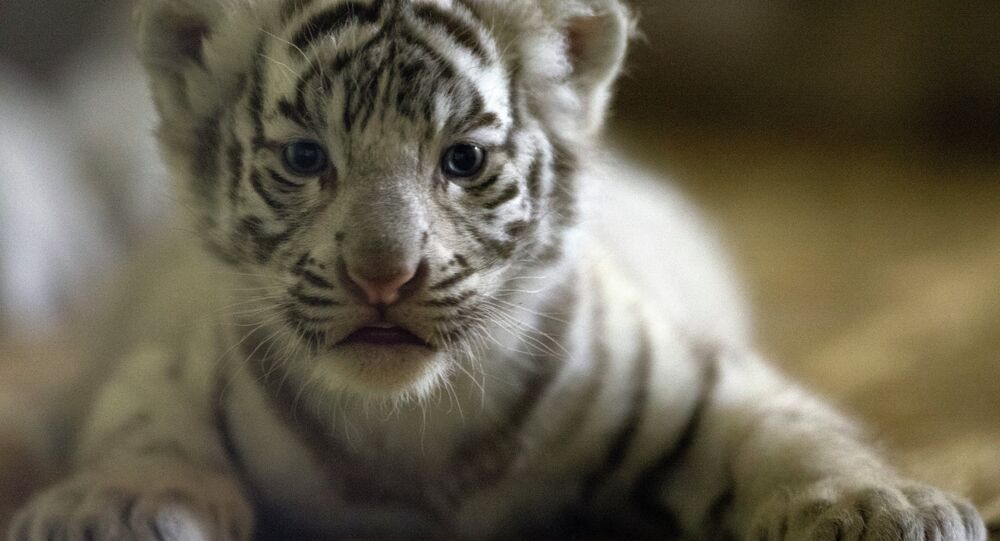 In the "Fairy Tale" zoo located in the city of Yalta, Crimea a rare Bengal tiger cub has died due to the cold, which was caused by the power outages a week after Ukrainian nationalists blew up the pylons that support electricity lines from Ukraine.

The cub, which was white in color, was a rare species listed in the Red Book, zoo director Oleg Zubkov said.

© Sputnik / Sergey Malgavko
Crimea State of Emergency Could Be Lifted
Due to the current difficult situation regarding Crimea’s energy supply, the zoo could not supply the cubs with the optimal thermal conditions.

Crimea was left without electricity last week after Ukrainian nationalists blew up pylons that support electricity lines from Ukraine. Following the blackout, Crimea declared a state of emergency and switched to locally-based emergency power generation.

“We have not been able to provide the Bengal white tiger cubs with the optimal temperature. They are very demanding regarding heat, they are only a month and a half old and they are being brought up without a mother. We have a large collection over one and a half thousand animals and birds, they all need attention: the marine animals and fish, terrarium, monkeys. Unfortunately, there is not enough heat. But I am hoping that soon the situation will get better,” Zubkov said.

At the same time, the spokesman stressed that the zoo is making every possible effort to maintain the thermal regime for the remaining two white tiger cubs. In addition to the two remaining little tigers in the ‘Fairy Tale’ and ‘Taigan’ zoo there are two pairs of adult Bengal tigers.

© Photo : Youtube/Ruptly TV
Three Adorable Bengal Tigers Born in Crimea Zoo
Zubkov stressed that the Bengal tigers are the property of Russia and in total there are 135 of them.

On Wednesday, Russian President Vladimir Putin attended the launch of the first leg of an "energy bridge" between Russia’s mainland and Crimea.

According to the Russian authorities, the first leg of the "energy bridge" to Crimea will significantly decrease the shortage in electricity in the republic, while the construction of the second leg by May 2016 is expected to completely eliminate Crimea's dependency on electricity from Ukraine.

According to Russian Energy Minister Alexander Novak, Moscow could respond to the Crimean blackout by halting coal deliveries to Ukraine.