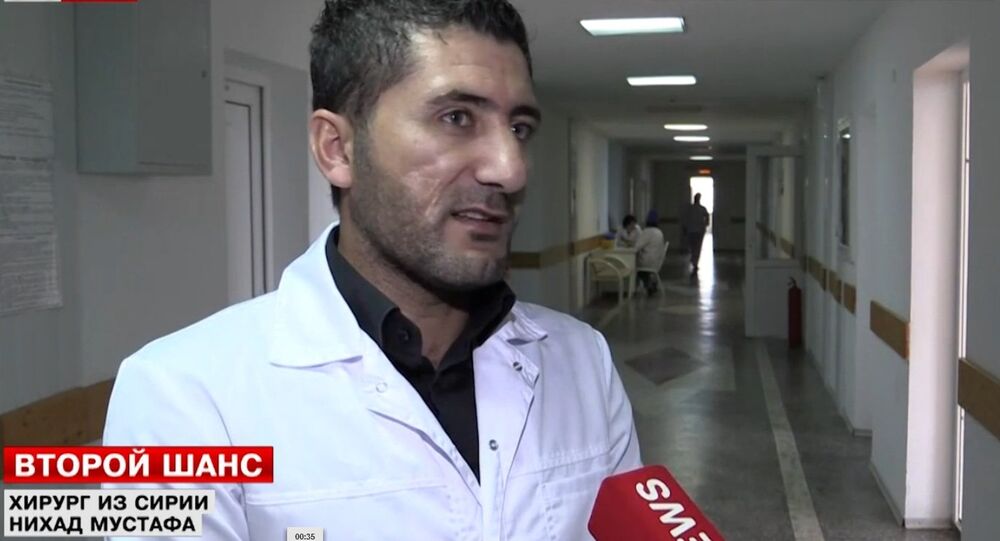 A Syrian medic who had to flee for his life from Daesh militants found love far away from home.

© Sputnik / Mikhail Voskresensky
Some 2,000 Syrian Refugees Received Temporary Asylum in Russia
Syrian doctor Nikhad Mustafa, who fled to Russia after refusing to work for Daesh, also known as ISIL, has married a local girl, according to the Russian news network LifeNews.

His newlywed wife, Marianna, is the resident of the village of Khabez in the Russian North Caucasus's Karachay-Cherkess Republic where Nikhad now lives.

"I was driving from Khabez to Cherkessk, and Marianna and her father were standing by the roadside trying to catch a ride," Nikhad said, recalling how he first met his wife-to-be. "Everyone was just driving past them, but I decided to give them a lift. When I saw her, I immediately knew that she was going to become my wife."

Marianna, 32, was widowed several years ago when her husband was killed in a car crash. She has three small children from her previous marriage.

"The first thing I liked about Nikhad was his eyes," Marianna said. “They are gentle and kind. He offered to marry me the day we first met. Naturally, I refused, but he was very persistent.”

The wedding ceremony was held in the vicinity of Khabez and was attended by many other Syrian refugees.

Doctor Nikhad Mustafa had to flee from Syria after he refused to work for Daesh. "I already knew that they will destroy my country, something that can now be seen more distinctly than before. It's a good thing that I refused to help them", Nikhad said.

He currently lives in the village of Khabez in the Russian North Caucasus's Karachay-Cherkess Republic, working as a physician at a local hospital, and is due to move from his temporary accommodation to his own house in 2016, according to the district administration.