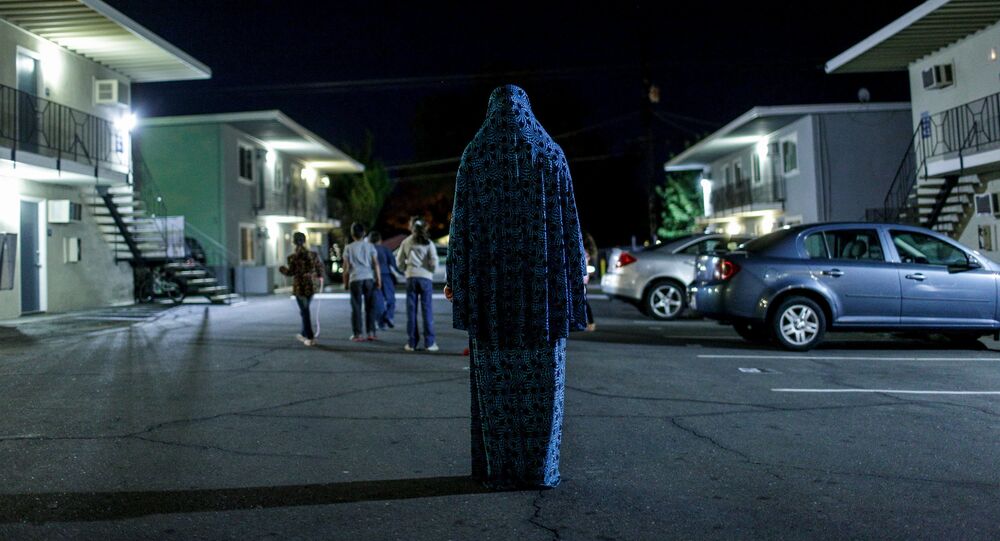 The office of the UN Secretary General has accused American politicians of discriminating against refugees based on their ethnicity and religion; recently a wave of anti-refugee sentiment has engulfed congress, polarized state governors and fueled the country's presidential debates.

Populist-leaning contenders for the American Republican presidential nomination have voiced their wariness of Syrian refugees and Muslims in general: Dr. Ben Carson has called for "screening mechanisms that allow us to determine who the mad dogs are."

More worryingly, his rival Donald Trump has expressed an interest in registering US Muslims in a database and has proposed to set up surveillance of all the mosques in the country.

This prompted alarm bells in the UN Secretary General's office; his spokesman Stephane Dujarric reproached what he considered to be xenophobic attitudes in his daily press briefing on Monday.

He described the politicians' appeals as "elevated rhetoric… an increase in language where people talk about discrimination and, I think, disrespect for refugees and migrants who have sometimes spent decades in camps and are fleeing horrendous conditions of violence."

He added that any kind of discrimination, whether based on religion, ethnicity, or other factors, should not be tolerated.

Earlier, the UN High Commissioner for Refugees António Guterres had called efforts to make scapegoats out of refugees and blame them for terror "absolute nonsense".

Our @melissarfleming to brief media @UNGeneva this morning. #refugees should not be turned into scapegoats after Paris attacks

​“It is not the refugee outflows that cause terrorism, it is terrorism, tyranny and war that create refugees,” he emphasized.

The November 13 terror attacks in Paris have led a number of US lawmakers to attack the Obama administration for its pledge to accept 10,000 Syrian refugees into the United States. Over two dozen governors have said they would refuse to allow refugees into their states, citing concerns that some of the individuals seeking asylum may be members of the self-proclaimed Islamic State.

​Currently, Syrian and Iraqi refugees attempting to enter the United States are subject to an extensive vetting process, lasting between 18 and 24 months on average. Individuals undergo background checks from nine federal agencies, including the FBI and the Department of Homeland Security.

Infographic: The Screening Process for Refugee Entry into the United States — https://t.co/NRoev5HC36 pic.twitter.com/LPZ9vjful5

​Passing with a vote of 289-137 in the Republican-controlled House of Representatives, the American Security Against Foreign Enemies (SAFE) Act has moved to the Senate, where it is not expected to pass.

As politicians and pundits scramble to stoke fears of refugees following the devastating attacks in Paris last week, the truth is that 81% of Islamic State-linked suspects charged in the United States have been US-born citizens, and none have been from Syria.

So far, there have only been 68 people indicted for their alleged involvement with the terror organization: 55 of them were US citizens and 44 were born in the United States, according to new research published by the Center on National Security at Fordham University. For comparison's sake, in February, 1939, 22,000 Nazi supporters attended a rally at New York’s Madison Square Garden under police guard.

You can donate here; anything to make a difference: https://t.co/0KsUZOuwI5 @UNRefugeeAgency

​According to the UNHCR, the overwhelming number of Syrian refugees, over seven million, are internally displaced. Neighboring Lebanon and Turkey account for the lion's share of the remaining refugees. Syrian refugees in Lebanon number 1.075 million, equal to approximately 25% of the country's pre-Syrian Civil War population.  Meanwhile, the US continues to propose new measures to support Syria's so-called 'moderate opposition'.