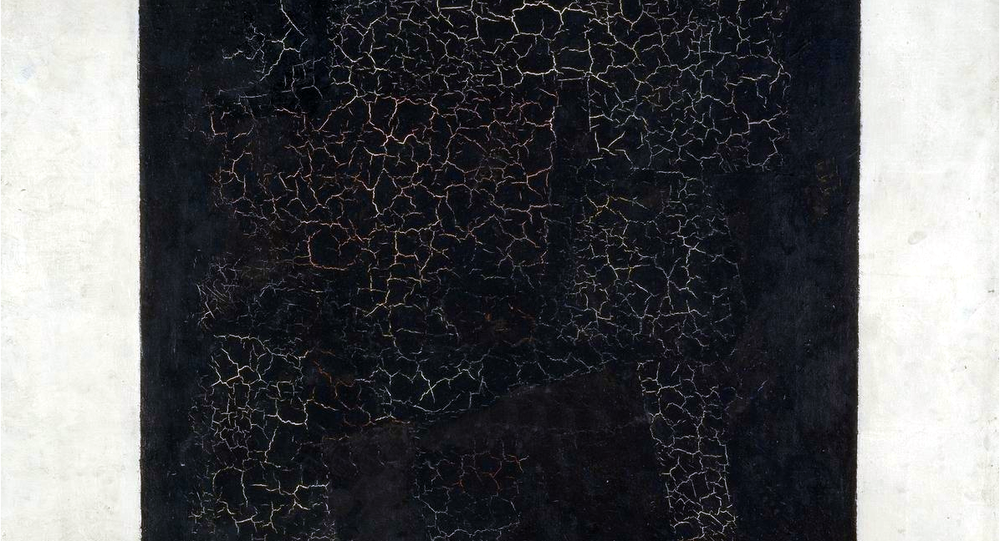 “The initial image is a cubo-futuristic composition and the one underlying the Black Square is a proto-suprematist one, Yekaterina Voronina told the Kultura television channel.

© Photo : Sothebys
Under the Hammer: Russian Art, Fabergé Dominate Sotheby's Auction
10
The experts have also deciphered what they believe is an autograph left on the canvas by the famous painter.

Kazimir Malevich painted his first Black Square in 1915. Four versions of the subject were created by Malevich. The last Square is thought to have been painted during the late 1920s or early 1930s, despite the author's "1913" inscription on the reverse side. The painting is commonly known as Black Square, The Black Square or as Malevich's Black Square. It was first shown at the Last Futurist Exhibition 0.10 in 1915.

The work is frequently invoked by critics, historians, curators, and artists as the “zero point of painting.

“It is from zero, in zero, that the true movement of being begins,” Malevich once said.