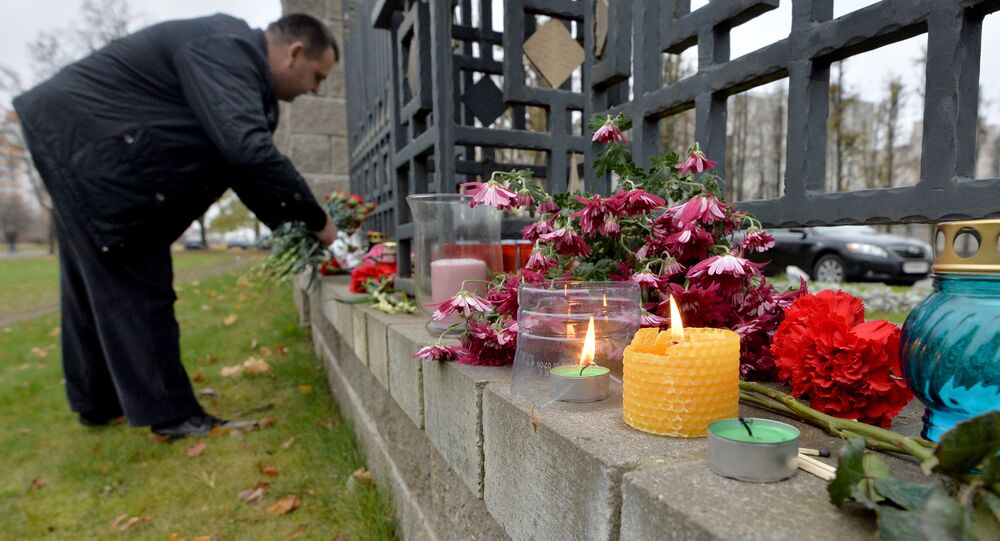 The first funeral for the victim of the Russian airliner A321 crash was held in Veliky Novgorod, the press service of the city administration reported.

"Today… Veliky Novgorod will say goodbye to the first of the identified victims of the crash in Egypt — Lushchenko Nina Vasilyevna," city administration's press service released a statement.

© Sputnik / Maxim Grigoryev
Russian Investigators to Test All Possible A321 Crash Causes in Egypt
On Saturday, Airbus Flight A321 operated by Russian airline Kogalymavia crashed in the Sinai Peninsula en route from the Egyptian resort city of Sharm El-Sheikh to St. Petersburg.

All 224 people on board, including 25 children, were confirmed dead by Russian and Egyptian authorities. The tragedy has already been named the biggest civil aviation disaster in Russian and Soviet history.

The whole city of Veliky Novgorod came to say good bye to the victim of the tragic air disaster. At 9:00 MSK in the Church of Saints Boris and Gleb in Veliky Novgorod the funeral of the deceased Nina Vasilyevna Lushchenko was held.

School №33, where she was working began the arrangements of the farewell for her. People brought flowers and candles to pay final tribute to Nina Lushchenko.

Earlier it was reported that the authorities of the region will pay the families of each of the deceased passenger 150 thousand rubles. The authorities are also assisting with the transportation of bodies from St. Petersburg to Novgorod.

A source from a law enforcement agency told RIA Novosti that amongst the five identified residents of the Novgorod region, four were from Veliky Novgorod.

The body of another victim has already been delivered to the regional center. The body of an 8-year-old boy remains in the northern capital, as his parents have not yet been identified.