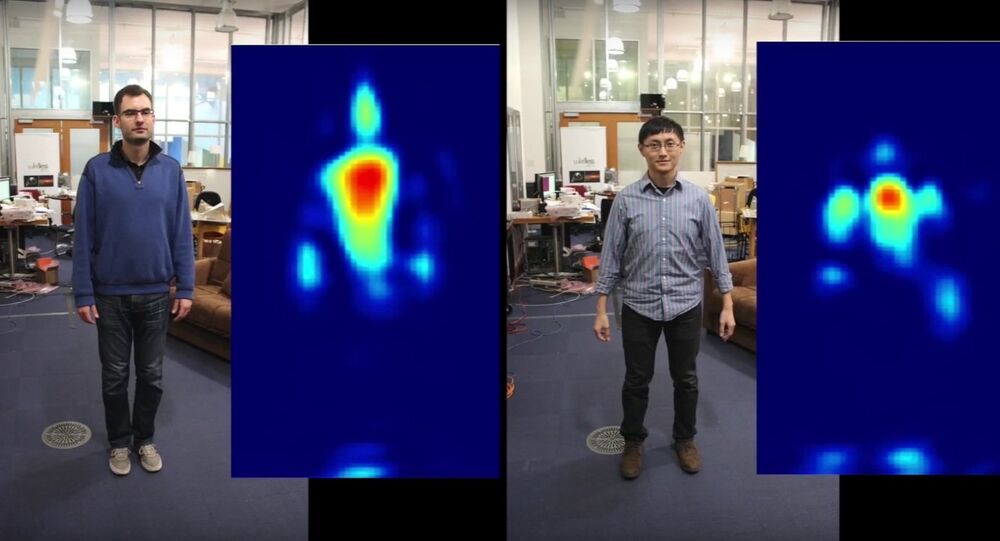 I Spy With My Little Wi-Fi: MIT Researchers Use Tech to Peer Through Walls

Scientists have reportedly developed software that detects people on the far side of a wall with the help of Wi-Fi.

The process is implemented with the help of RF-Capture, a sophisticated device that transmits wireless signals and then analyzes their reflections in order to piece together a human form.

The device is capable of determining subtle differences in body shapes, and distinguishing between 15 different people through a wall with 90 percent accuracy.

The RF-Capture can even determine a person's breathing patterns and heart rate, MIT scientists said in their study, which was published on Thursday.

They also said that the device could be used to track the movements of an elderly person living alone and to determine if they had fallen down.

© Flickr / Allan Ajifo
Seeing Straight: Study Sheds New Light on Nature of Psychotic Hallucination
In addition, the technology could potentially be put in place in so-called smart homes, where certain gestures detected by the device could be used to control appliances.

The researchers have already pledged to improve the technology, which they said will be more accurate in the future.

Commenting on fears that the technology will provide a perfect way to spy on someone, scientists said that they are currently developing special blockers to only allow a person to be tracked by his or her own device.