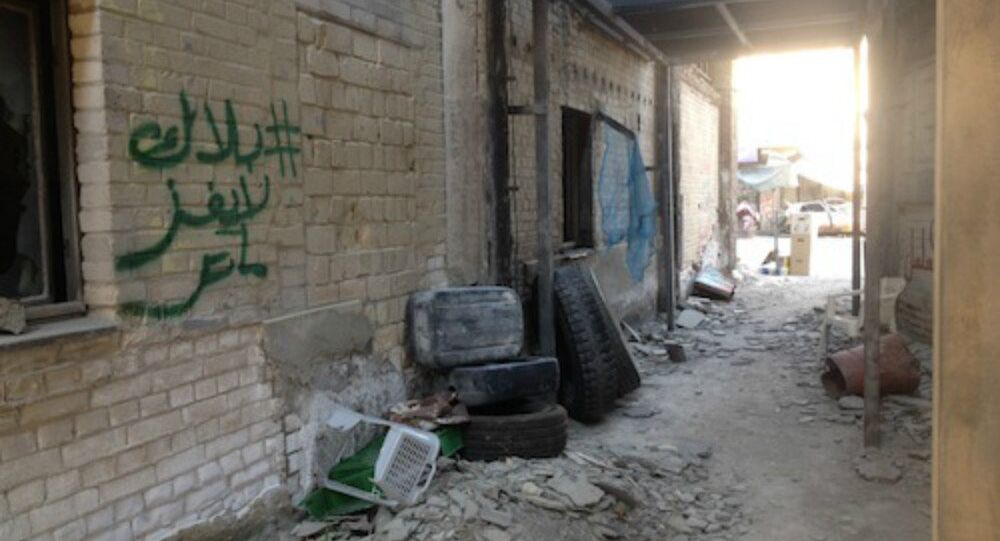 One of the artists behind putting critical slogans into the television Homeland revealed that he had a dual message with the act.

The artist behind the graffiti in the television series Homeland, which included slogans such as "Homeland is racist," "Homeland is not a series" and "Black lives matter" told Sputnik that he sought to both act against the show's bigotry and its foreign policy message.

"I got a call from the Homeland project because I'm a specialist in Arabic graffiti, I read a lot and studied this topic. 'Hello, we are Homeland and we are looking for Arabian street artists,' I heard through the phone. The wording seemed strange to me, it showed that they don't have a clear idea of the culture they are filming a series about," Don Karl (Stone) told Sputnik Deutschland.

Karl then refused because he heard the series being criticized many times, and so did all of his friends who are artists. Then, while hanging out with two graffiti artist friends, they got the idea of turning Homeland's weapon against itself.

"We were confused by the fact that all the graffiti shown in the series are meaningless. We thought that if the action is taking place in the Arab world, graffiti should have to do with Arabic, but no one took care of this. This is what the series is criticized for. The culture it portrays is shown absolutely unrealistically. The main accent is on the idea that all Muslims, Arabs and Pakistanis, are terrorists, and the signs in Arab are simply decorations," Karl added.

Showtime
'Homeland is Racist': Graffiti Artists Hack TV Series Set
The artists criticize what they call a borderline racist portrayal of Arab culture in the show, which angered many Arabs and Pakistanis who watched the show. They also criticize the show's right-wing political message saying that while it does not reflect reality, it has already become mainstream in the US. The show's second season portrayed the idea that al-Qaeda is sponsored and supported by Iran.

"This is complete nonsense, but the US and the channel Fox News present it as reality," Karl told Sputnik.

Reflecting on the new television series Occupied (Okkupert), in which Russia invades Norway for the EU, Karl said that many shows are filmed thoughtlessly and built on stereotypes. At the same time, with series like Homeland, they run alongside the news, and essentially reflect a country's political interests in the form of entertainment.