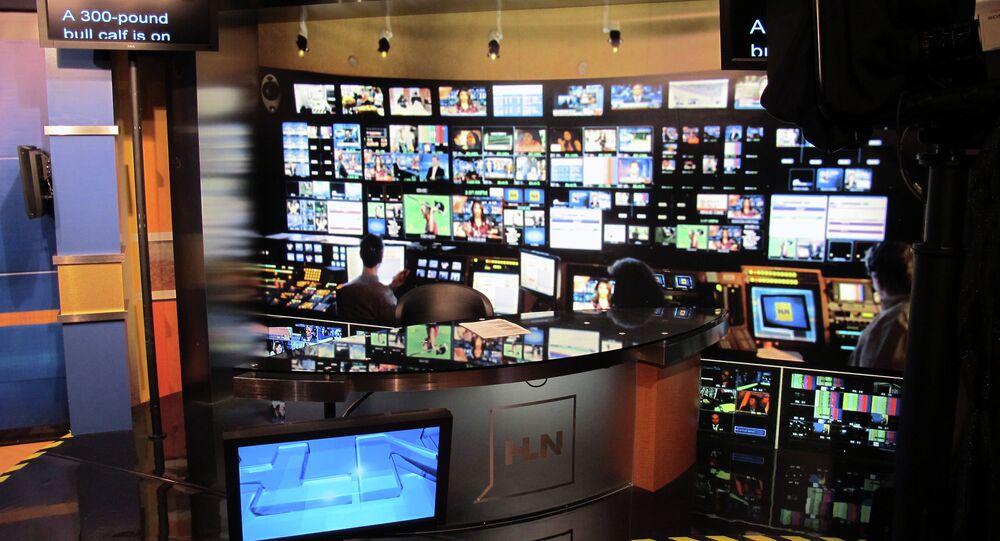 Being a reporter in Britain in times of information warfare and biased full-on propaganda can be a hard thing for one’s mental health, as one man, identified as Johnathan Pie, showed live on air.

The video starts with a reporter standing in front of Westminster Palace. Fed up with the official stance of the media company he works for, Pie goes completely out of control in an uncensored rant and delivers news in a more "alternative," but truthful, way.

We have to warn you that there is use of explicit language in the video. Viewer discretion is advised.

"David Cameron would like to bomb Syria, but Russia got there first and America has been doing it for ages… Bombing Syria will destroy one remaining multicultural society in the region, leaving it to the increased influence of Islamic extremism. To bomb Syria, therefore, is clearly mental," Pie started off his true report.

"In other news, Muslims are bad, China is bad, but not as bad as it used to be, and Russia is always bad. Nuclear weapons are good, and to suggest not using nuclear weapons is bad," the reporter continued to speak from his heart.

Unfortunately, it turns out Jonathan Pie is a spoof reporter, played by British comedian Tom Walker, who's clearly not very fond of David Cameron and his policies.

When asked about what made him come up with the character of Jonathan Pie, Walker replied that he was inspired by the idea that real news reporters in Britain oftentimes have their own personal opinions that don't match with the stance of the news agency they work at.

© AFP 2019 / MAHMOUD TAHA
As Russia Pounds Terrorists in Syria, Western Media Pours Lies on Moscow
Despite Jonathan Pie being a made-up character and his whole rant being staged, a lot of people on the Internet have really enjoyed the mock news report and said they really wished real news were more like that.

"I'd watch the news every night if this guy did it. Bravo sir," James McDonald commented on YouTube.

Well it sure looks like the openly propagandistic nature of mainstream Western media has made people sick of constantly getting fed with pre-set and biased news that even a comedy show speaks more truth to them than what they see on TV every day.