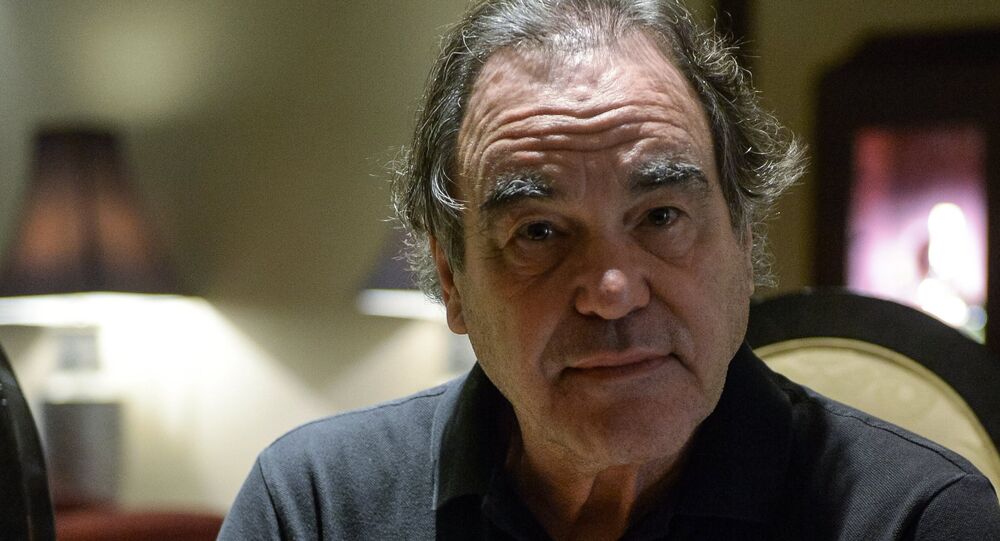 It is a good thing that Russian President Vladimir Putin has started taking action in Syria, acclaimed Hollywood director Oliver Stone said in an interview with El Mundo.

He also expressed hope that Russia would win in Syria and help restore the Syrian army that would over time defeat the Islamic State (ISIL) terrorist group.

© Sputnik / Grigory Sysoev
Oliver Stone Eyes Vladimir Putin Interview for a Documentary
Despite the fact that the USSR collapsed, George Bush Sr. and then Bill Clinton did not abandon "US militarism". Their policy was aimed at expanding NATO and creating more powerful weapons.

Stone said that the 1990s were lucky times for Washington as it had to do with Boris Eltsin, "the friendliest Russian president one can ever imagine."
Eltsin was the president who paved the way to Russia for "predatory capitalism", he said.

"That was the end of Russia, and at the time the West was very glad and friendly," Stone said.

"There is the law of nature – if your enemy is forced to be careful. The enemy will strike back at you. This is what happened to Russia. We turned it into a country which has reasons to beware of the US," the director said.

© AP Photo / Ng Han Guan
Oliver Stone Says America, Not ISIL, Is World’s Greatest Threat
Talking about Vladimir Putin, Stone underscored that despite all criticism he changed Russia and restored its national self-esteem. During his 15 years in power, Russia has grown strong enough to be a competitor to the US.

Commenting on the Russian military operation in Syria, he said: "It is a good thing that Russia has started taking action in Syria. I hope he wins and helps restore the Syrian army which would defeat ISIL."

Stone added that ISIL emerged as a result of the Iraq War.

"We created the chaos we are now witnessing in the Middle East. We destabilized the entire region, but now we are blaming ISIL for that. But we are to blame, we are now an empire of chaos," the director said.

Stone underscored that with its military operation in Syria, Russia is protecting its old-time ally in the region. Meanwhile, Washington continues to insist on regime change in Syria, making a "new Hitler" of President Bashar al-Assad.

"Assad is a tough guy. And I know he is to blame for many atrocities against his own people. But he is not better and not worse than tyrants from Saudi Arabia, or Saddam Hussein – at the time when he was our ally and before," he said.