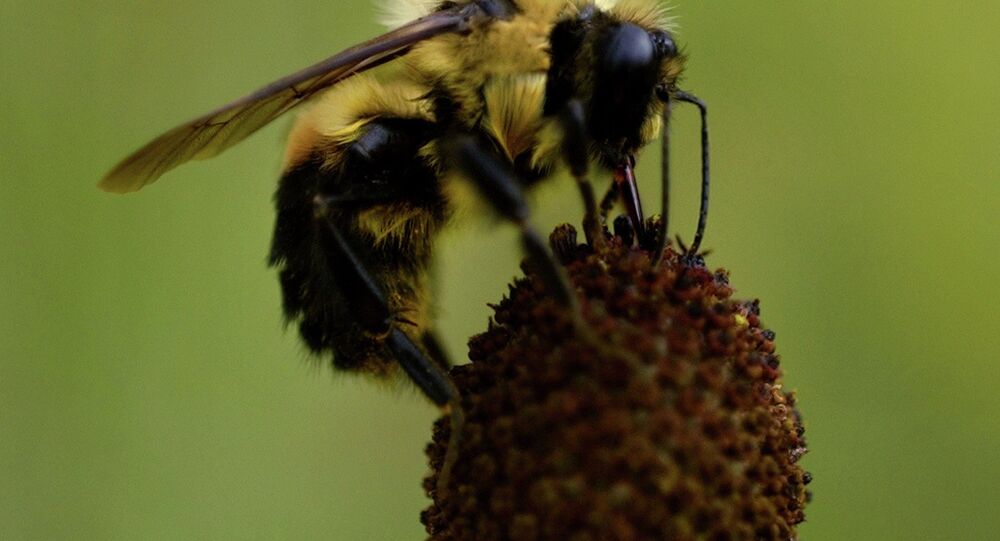 Although the idea of eating beetles may sound disgusting for some, a new study shows that bugs are real alternative to meat, in terms of nutritious value, at least.

© Flickr / Alyss
Uproar as French School Marks Non-Pork and Meat Eaters With Tags
Researchers from the University of Oxford conducted a study revealing that insects contain as much of nutritious elements as any kind of meat and at the same time cost much less in production.

They compared nutrient values of bugs like crickets, honey bees, caterpillars to chicken, beef and pork.

Scholars used two common ranking systems — Ofcom and Nutrient Value Scores (NVS) – which both rate food at 100-points scale. The higher the score, the better the subject is.

They took 100-gram samples of each type of meat and beetles and calculated the protein amounts, sodium, saturated fat, and sugars, as well as energy, vitamin and calcium levels among others.

While separately Ofcom and NVS methods showcased the samples were almost equal regarding nutrient elements levels, the two rates combined proved that each of beetle’s sample surpasses those of meat in qualities. This brought scholars to a conclusion that insects are at least as much as healthy as meat.

But in general, scholars said that bugs can be “effective in combating undernutrition.” Many experts even suggested that bugs could be the key to problem of global starvation that troubles the world’s greatest minds amid the exponentially growing population of the Earth.

© Sputnik
#ThanksMichelleObama: American School Children Mock Michelle Obama's Health Nutrition Program
According to UN’s 2013 report, two billion people are already consuming 1,900 of species of bugs on a regular basis. And as the human population is believed to reach nine million by the middle of the century, beetles are observed as the most affordable source of proteins.

Growing insects for food is considered to be cheaper, faster and less damaging for environment than producing of meat, according to Medical Daily.

So far, farming insects at large is not really common – there are only factories in some parts of the US and Canada.