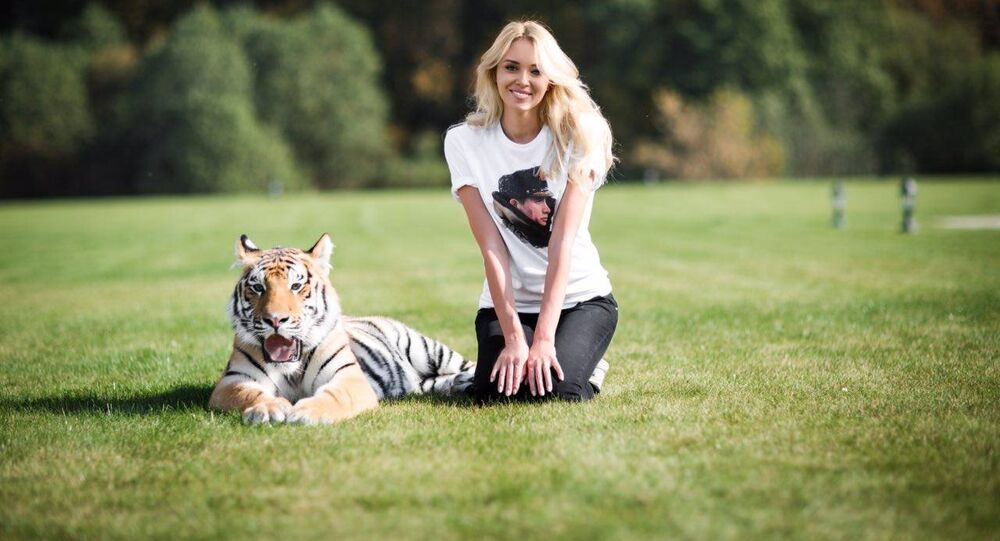 Russia has an abundance of beautiful women, but unfortunately its indigenous Amur tigers are far more scarce; now one of its most famous beauties is reaching out to the President in order to save one of these natural treasures.

One of Russia's most beautiful women, Ksenia Sukhinova, who was crowned Miss World 2008, has appealed to President Putin to save an Amur tiger cub who was brought to Russia from Ukraine.

The beauty queen stressed that the Russian President is not only one of the world's leading animal conservationists, but also one of its leading peacemakers, as he demonstrated during his speech at the UN.

The winner of the Miss World 2008 pageant posted her request on Facebook and Instagram. Sukhinova said that the cub, whose name is Mir (in Russian it has a double meaning of peace and world), was brought to Russia from Ukraine.

The animal has been temporarily placed into an animal shelter, but urgently needs to find a permanent place of residence. The process has been hindered by an absence of necessary documents, as the cub has been rescued from the illegal traders.

“You are a major animal conservationist; under your initiative, an Amur tiger rehabilitation project has been launched. Now one of the representatives of this species, who has just got back to his motherland, is in need of help, which only you are able to render,” reads Ksenia’s post.

“I am deeply convinced that you are able to take care of Mir, because the case is exceptional, as well as the animal: strong, precious, the pride of Russia.”

Besides, Sukhinova noted, as President Putin illustrated in his speech at the UN General Assembly, he is one of the world’s leading peacekeepers.