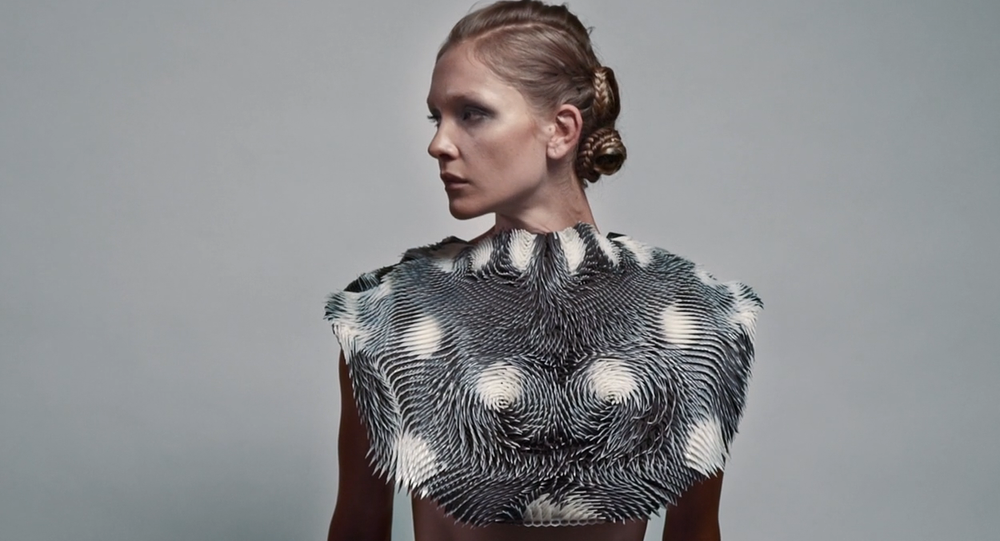 Feel the Love: Clothes That Show Who Likes You (VIDEO)

So here we go: clothes react to the curious looks from people of the opposite sex. This invention can really revolutionize human relations.

US architect and designer Behnaz Farahi 3D-printed a top that changes shape responding to the looks of someone staring at you.

The “Caress of the Gaze” outfit seems covered with quills resembling those of a porcupine, and they can flex and pulse revealing someone’s attention.

How does this magic system work? The top has a built-in hidden camera that tracks the eyes of a person nearby. It also determines the looker’s sex and age.

So in this demonstration, for example, the camera in the girl’s top picked up the look of a young man, whose age it assessed to be 26, and the outfit reacted by changing its form.

Caress of the Gaze from Pier 9 on Vimeo.

Where else could this technology be applied? Practically everywhere. Security forces could use it to catch the looks of criminals who seek to evade police, and people with poor eyesight could understand when someone is looking at them and reach a better level of communication.

Behnaz Farahi has won fame with her interactive devices.

She designed a 3D-printed helmet that moves and illuminates according to the brain activity.

Synapse from Behnaz Farahi on Vimeo.

The artist also created a responsive wearable that alters its shape when a model moves.

Ruff from Behnaz Farahi on Vimeo.

Among Behnaz Farahi’s other inventions is the breathing wall that changes its structure in response to a person’s touch on a Bluetooth mouse pad.

Man of the People: Steven Tyler Sings With a Street Musician in Moscow