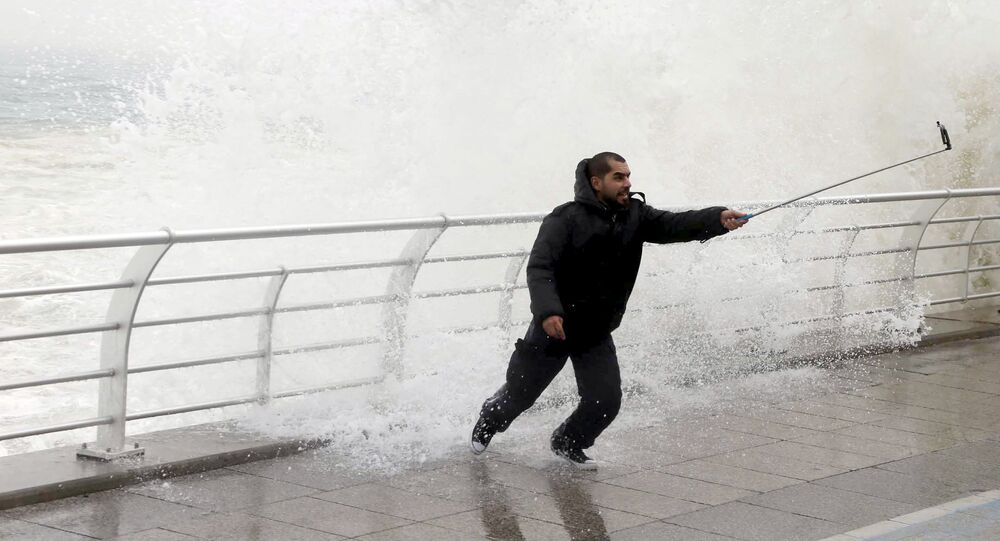 2015 has been a record-setting year: fatalities stemming from cell phone self-portraits have surpassed those caused by unexpected underwater encounters with Jaws.

© Sputnik / Alexey Malgavko
Russian NGO Wants 'Safe Selfie' Lessons for Teens, Fines for Bloggers
Deaths by selfie have been on the dramatic rise this year, and the numbers aren't pretty.

In first months of 2015, selfies in precarious or unsafe conditions led to the deaths of 12 people, while so far this year sharks — those terrifying killer beasts of the oceanic depths — have killed only 8.

A 66-year-old Japanese tourist died recently in India after falling down some stairs while attempting to take a selfie in front of the Taj Mahal.

In July, a Mississippi woman visiting Yellowstone National park was gored to death by a bison after she attempted to snap a self-portrait near the wild animals.

YouTube/Alex Lopatnyuk
This is Why You Shouldn't Shoot a Selfie When Driving
Several nearly fatal selfie incidents earlier this year prompted Russian law enforcement to issue an illustrated guide warning people not to lose their heads while snapping selfies in dangerous places or positions.

Yelena Alekseyeva, a government spokesperson, said of the guide: "Our booklet reminds you of how to take a safe selfie, so it is not the last one you will ever take."

In June, a 21-year-old Moscow woman gained international attention after accidentally shooting herself in the head while taking a selfie with a pistol at work.

And two Russian fishermen were hospitalized earlier this year for snake bites after taking a selfie with what they thought to be a non-venomous water snake.

Eyes on the Road: Taking a Selfie Ends in Crash