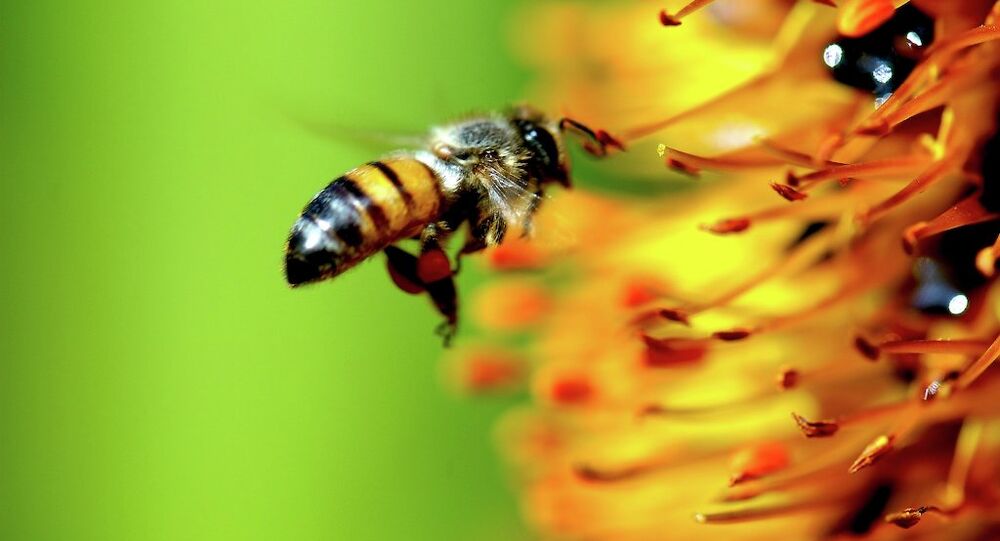 Score one for the bees! A US court on Thursday determined that federal regulators were mistaken in allowing an agricultural chemical company’s pesticide onto the market. The decision reverses the US Environmental Protection Agency’s approval of insecticides that contain sulfoxaflor, which has been shown to decimate honeybee populations.

© Flickr / Forest Wander
Beemageddon: US Beekeepers Report Loss of Nearly Half Their Colonies
The decision, handed down by the US Court of Appeals for the Ninth Circuit in San Francisco,  is a major victory for commercial beekeepers who have long decried the use of certain insecticides, known as neonicotinoids. Containing the neurotoxin sulfoxaflor, critics believe the insecticides to be responsible for a massive decline in the bee population, which is essential for the pollination of key food crops.

The lawsuit was filed against the EPA in 2013. Led by organizations representing honey and honeybee keepers, the suit claimed that the agency failed to properly account for the risk posed by sulfoxaflor, thereby endangering millions of pollinators and posing a sustainability threat to US food supplies.

"It's a complete victory for the beekeepers we represent," said Greg Loarie, an attorney who represents the American Honey Producers Association, the American Beekeeping Federation, and other plaintiffs in the case, according to Reuters.

"The EPA has not been very vigilant."

Pest management and biotech giant Dow AgroSciences first sought EPA approval for sulfoxaflor in 2010. Once granted, the neurotoxin was used in three of the company's products, including Transform and Closer.

Dow released a statement, saying that it "respectfully disagrees" with the court's overturn and will "work with EPA to implement the order and to promptly complete additional regulatory work to support the registration of the products."

The cause of the increasing number of bee die-offs has become an increasingly important topic. While agrichemical companies insist that insecticides are not to blame, critics have pointed to mounting evidence of a direct link between neonicotinoids and large scale honeybee deaths.

The court also noted that the EPA's initial decision had relied on inaccurate science.

"Because the EPA's decision to unconditionally register sulfoxaflor was based on flawed and limited data, we conclude that the unconditional approval was not supported by substantial evidence. We therefore vacate the EPA's registration of sulfoxaflor and remand," the court ruling said.

Much of that data was provided directly by Dow, and according to court findings, the company ignored EPA requests for further testing. Yet, even without Dow's cooperation, the EPA still granted unconditional registration for sulfoxaflor products.

Good news! We're excited for this win. PAN worked closely with many of the beekeepers in this case and over 10,000 of you helped challenge the approval of Dow's Sulfoxaflor. One for the little guys!

While annulling the EPA approval, the court claimed that "given the precariousness of bee populations, leaving the EPA's registration of sulfoxaflor in place risks more potential environmental harm than vacating it."

The court also ordered the EPA to obtain additional studies on how sulfoxaflor influences bees.

According to Reuters, the Environmental Protection Agency is currently reviewing the court's decision and has refused to provide any additional comments at this time.

US Geological Survey: Neonicotinoids Found in More Than Half of US Streams