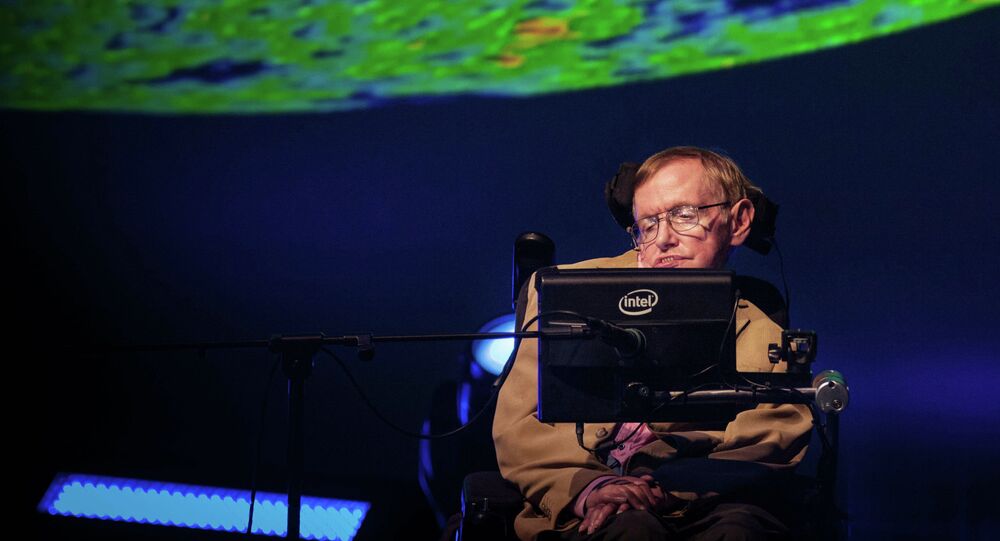 Humans can avoid being swallowed by a black hole, according to a new theory by prominent British astrophysicist Stephen Hawking.

Speaking at a conference in Stockholm's KTH Royal Institute of Technology, Hawking argued that black holes "are not the eternal prisons they were once thought."

"If you feel you are in a black hole, don't give up. There's a way out," Hawking said.

According to him, those who find themselves in a black hole will not be able to return to their own universe but they can "possibly come out in another universe."

Scientists believe that black holes are super-dense areas in space where the gravitational suction is so great that nothing can emerge from them.

"I propose that the information is stored not in the interior of the black hole, as one might expect, but on its boundary: the event horizon," he said.

© Flickr / Phil Plait
Uncovering the Mystery: Russia Takes Pictures of 'Spitting' Black Hole
So it means that humans may not disappear if they fall into a black hole; they would either stay as a "hologram" on the edge, or fall out somewhere else.

Summing up his thoughts on the matter, Hawking said that "black holes ain't as black as they are painted."

His new theory is an attempt to answer a topical question about what happens to things when they go beyond the black hole's event horizon, a theorized point of no return from which even light cannot escape.