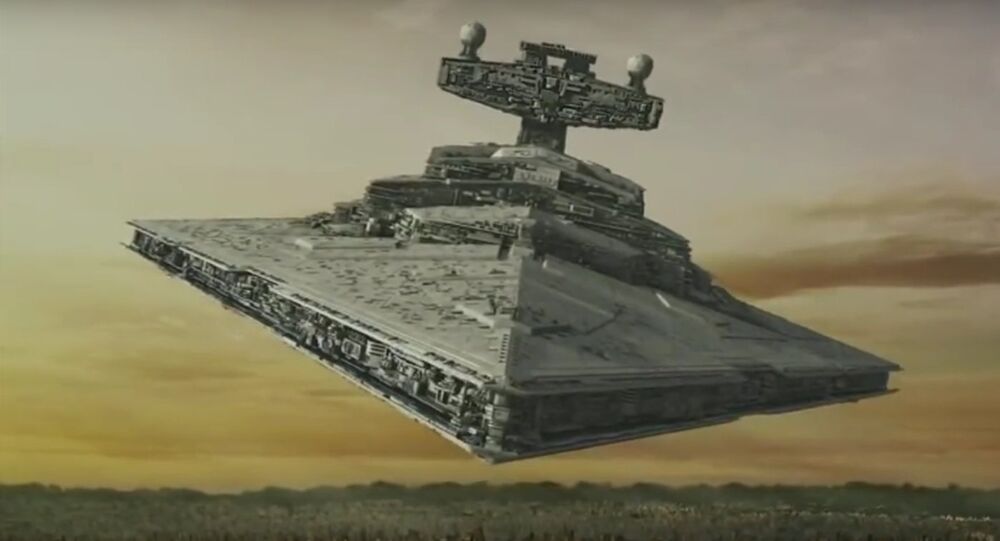 Star Wars fans couldn’t believe their eyes. NASA’s Curiosity Rover took a photo which appears to have captured an object which looks strikingly similar to a Star Destroyer from the blockbuster series.

10ReasonsWhyShow
NASA Funds Plasma Rocket Technology for Superfast Space Travel
Freshly unveiled photos taken by NASA's Curiosity Rover caused media hype, as one of them depicts something that looks like the wreckage of a craft from the Star Wars movies. Many franchise fans thought they recognized an Imperial Star Destroyer lying in the dust of the Red Planet.

UFO enthusiasts were the first to notice the odd feature, with some believing the object to be the wreckage of an alien ship.

But unlike the Star Destroyers, which were enormous, the object in NASA’s photo seems to be pretty tiny.

"The craft is only about 2.5-3 meters across, so it probably only held a few passengers," Waring suggested.

© Flickr / Gordon Tarpley
Star Wars-Themed Lands Coming to Disney Parks
UFO experts also noted that there is only one picture of the alleged “wreckage.” To uncover the object’s true identity, more photos will be needed.

“The rover usually takes many of each area, but not this one. Perhaps tomorrow it will take more," Waring said.

Conspiracy theorists are often quick to interpret images captured by Curiosity’s cameras as being paranormal. UFO Sightings Daily reported on an earlier NASA photo which it claimed depicted a female ghost.

"The woman seems to have breasts,” the site reads, “…two arms that are lighter in color and what looks like a head with long hair.”

The phenomenon is known as pareidolia, wherein the human mind misinterprets images, finding familiar patterns where none exist. Like most mysterious objects seen on Mars, the object is most likely a rock.

Or, possibly a Star Destroyer replica placed by Disney to promote “The Force Awakens,” opening this December.