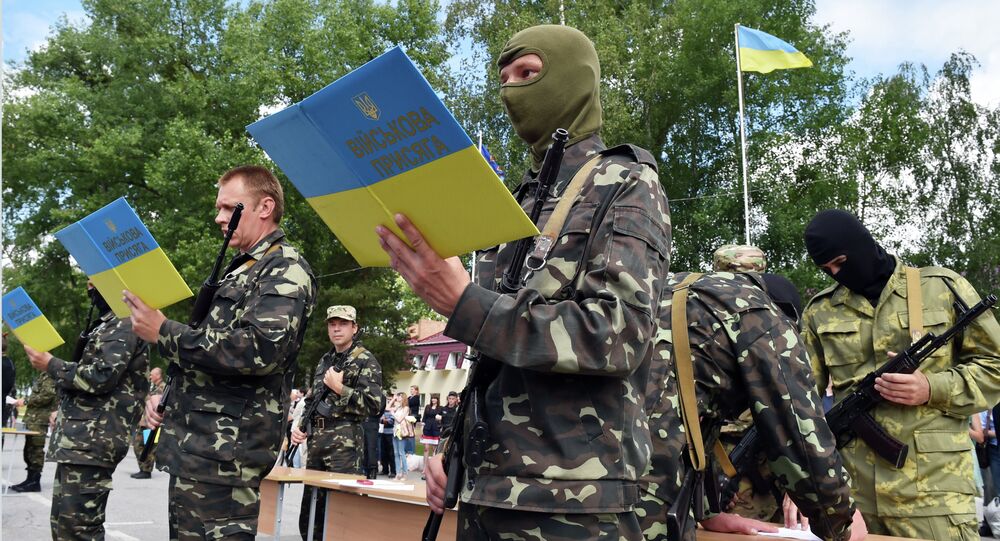 Ukrainians are not a separate people, but an artificially created nation made up by Western propaganda to raise nationalist sentiments and weaken Russia, Prince Alexandr Volkonsky said in one of his books.

In the early 20th century, Prince Volkonsky was a Russian military diplomat to Italy. After the Bolshevik revolution Prince Volkonsky ran to Europe, where he wrote a number of scholarly books on Russian history, among other things.

In his work, Prince Volkonsky researched the issue of Ukrainization in the southern regions of Russia. After extensive scholarly work, Prince Volkonsky came to the conclusion that Ukrainians were not a separate people from Russians, but an artificially created nation. The so-called "Ukrainians" were created by Western propaganda to stir up ethnic tensions in the Russian Empire, weakening the country from within, Prince Volkonsky argued.

"The dismemberment of Russia was one of the aims pursued by Germany in the Great War. The Allied Powers, in this matter, follow the track marked out by Germany: it only remains for them to recognize the independence of the whole of South Russia (called Ukraine by Germany) and the German dream will be realized," Prince Volkonsky wrote in his book.

© Sputnik / Alexei Filippov
West Uses Myth of 'Kremlin Propaganda' to Undermine Russian Media
Prince Volkonsky preferred to call Ukrainians "the Little Russians" and argued that the word "Ukraina" [from which the name of the country was derived] is Russian in its origin and means a region on the boundary line, on the edge.

Les Editions des Syrtes is taking a very bold step in publishing the work of Prince Volkonsky. In this day and age, when Western governments are scared to deviate from the status-quo forged by Western propaganda, the Swiss publishing company has more courage than most European governments. Les Editions des Syrtes is doing something very important, but risky simply in the name of truth, a word the true meaning of which most has long forgotten.