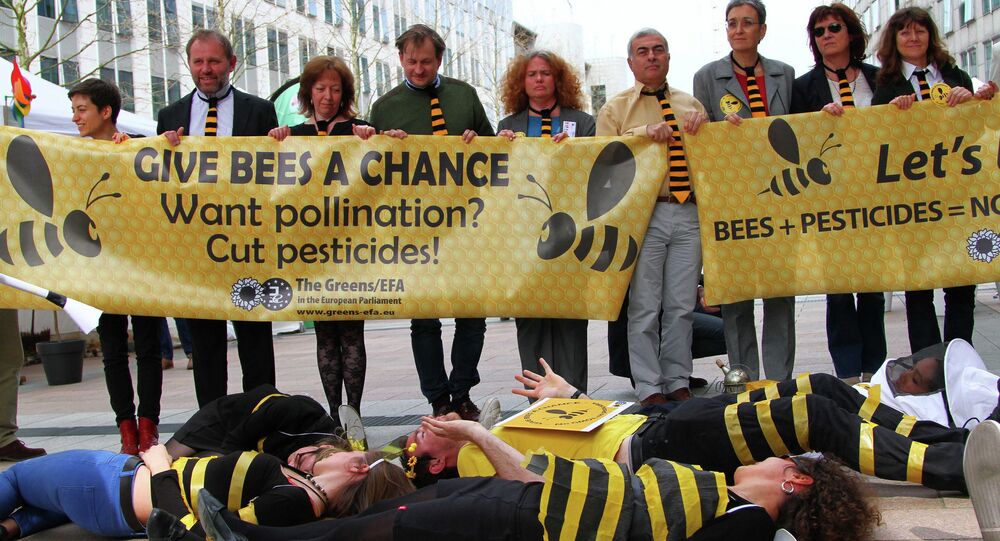 US Geological Survey: Neonicotinoids Found in More Than Half of US Streams

Some types of insecticides tied to the increasing number of deaths in the bee population have been traced to more than half of all US water surface samples, the government-led study said Tuesday.

The US Geological Survey’s study onducted for the first time nationally says “at least one neonicotinoid detected in 63% of the 48 streams sampled.”

Urban and agricultural areas have been investigated for having neonicotinoids insecticides, which damage non-target water life and terrestrial organisms.

Insecticides Similar to Nicotine Found in about Half of Sampled Streams across the United States http://t.co/GU7Rnjmo2T #USGSnews

“In the study, neonicotinoids insecticides were found throughout the year in urban streams while pulses of neonicotinoids were typical in agricultural streams during crop planting season,” said USGS research chemist Michelle Hladik in a press statement.

Neonics, systemic pesticides carried mostly by bees to flowers and roots, have been widely used for decades as a seed coating and to control unwanted crop pests.

© Flickr / Danny Perez Photography
Fighting Beemageddon: US Proposes Pesticide-Free Zones to Save Pollinators
The White House's Pollinator Health Task Force worked out a strategy last year to enhance pollinator health however it was criticized by environmentalists for failing to limit the neonics’ use.

The sharp spike in honeybee deaths seems to be worsening, posing an acute danger to the food supply that depends on the little insects which do about $10 to $15 billion worth of work pollinating our crops.

Honey? Fearless Chinese Man Covers Himself With Over 109 Kg of Bees